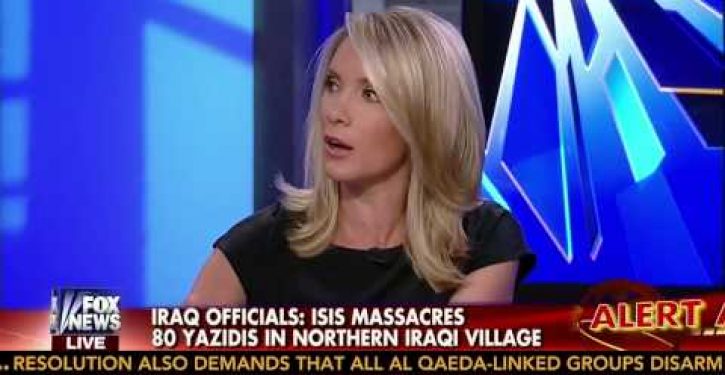 A co-host on Fox News Channel’s “The Five” got Dana Perino so upset the editors had to bleep her remarks. Who you may ask? Former Democratic strategist Bob Beckel of course. And what did she say that got cut from the air? She gave us a hint in a tweet after the show.

It took place on Friday during a heated discussion of Iraqi President Nouri al-Maliki’s resignation. Beckel blamed the overrun of Iraq on the the Iraqi military, “who are gutlessly running,” he said. “Don’t tell me this is Obama’s fault,” and called Maliki a “crook” and a “bum.”

“You don’t think President Obama had anything to do with Maliki’s re-election in 2010?” Perino asked.

Beckel then lay Maliki on the lap of former President George W. Bush, for whom Perino served as press secretary.

Perino brought the discussion back to the Iraqi military not being up to snuff, and soon afterwards, almost an entire 10 seconds were bleeped from her remarks. When the sound returned, everyone was doubled over laughing.

Watch the exchange, via SooperMexican.

For those wondering what I said when I got bleeped. It was the b word – used as a verb. I should have said “complain”. TGIF.

Beckel’s been bleeped too many times that can be counted, but what of the women on the show? Perino answered that question for us also.

There’s a special love show of @TheFive at 8 pm but I will not be on it. Not because I was the first woman on the show to get bleeped. 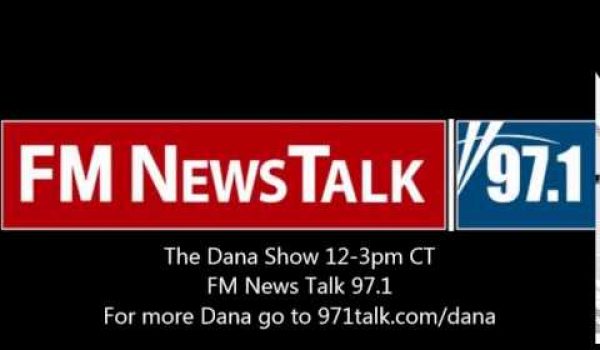