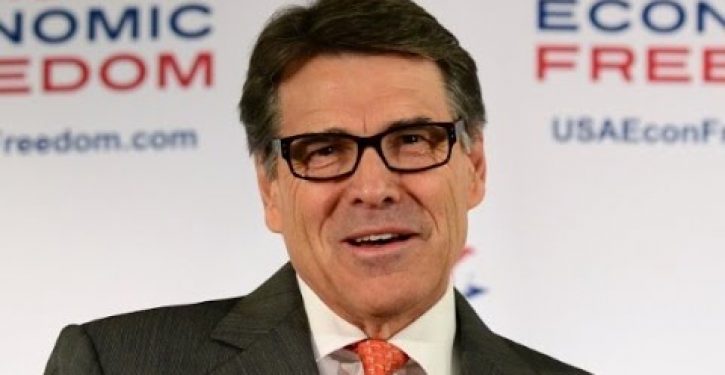 A Travis County grand jury indicted Texas Gov. Rick Perry Friday for making good on his promise to withhold funding for a county prosecutor investigating government corruption unless she were to step down from office.

According to KVUE, Perry is charged with two class A misdemeanors – one count of abuse of official capacity and coercion of a public servant.

The charges stem from Perry’s threat to veto state funding for the county’s public integrity office after District Attorney Rosemary Lehmberg, would not resign following a DWI conviction.

The governor’s general counsel replied in a written statement that the actions Perry took leading up to the indictment were within the scope of his authority as governor.

“The veto in question was made in accordance with the veto authority afforded to every governor under the Texas Constitution,” Mary Anne Wiley, Perry’s general counsel said. “We will continue to aggressively defend the governor’s lawful and constitutional action, and believe we will ultimately prevail.”

Here’s a news report of the indictment from CNN senior political correspondent Brianna Keilar to anchor Erin Burnett, via CNN.

According to the Associated Press, via the Huffington Post:

Perry was indicted on charges of abuse of official capacity, a first-degree felony with potential punishments of five to 99 years in prison, and coercion of a public servant, a third-degree felony that carries a punishment of two to 10 years.

Perry was a presidential hopeful in 2012, and is expected to make a run in 2016. Perry is a Republican; Lehmberg, who was sentenced to 45 days for driving while intoxicated, is a Democrat, and repeatedly refused the governor’s calls to resign.

What follows is booking footage from Lehmberg’s arrest.

There’s an old adage that a prosecutor can persuade a grand jury to indict a ham sandwich. This is because it’s solely within the prosecutor’s discretion as to what evidence is presented. Twitter user Charles Watson agrees.

Even David Axelrod, confidante and former senior aide to President Obama, thought the indictment was lame.

Unless he was demonstrably trying to scrap the ethics unit for other than his stated reason, Perry indictment seems pretty sketchy.