Obama’s 2008 campaign manager and senior adviser David Axelrod may no longer be in the White House Christmas portrait, but he still has the president’s back — or at least tries to.

In a tweet today, Axelrod fired back at Hillary Clinton for her now-infamous jab at Obama for “doing stupid stuff” and passing it off as “organizing principle,” but Axelrod’s comment also conveniently took aim at Obama’s predecessor:

Just to clarify: “Don’t do stupid stuff” means stuff like occupying Iraq in the first place, which was a tragically bad decision.

Axelrod received as much as he gave from other tweeters. A sampling:

@davidaxelrod Maybe so, but Obama lost it. All on him.

@redsteeze @davidaxelrod Blaming Bush is really going to save those Christians and other minorities being slaughtered by ISIS.

@davidaxelrod you have to take responsibility for leaving a void that ISIS filled when yanks pulled out in 2011. That was Obama stupid stuff

Of course when all is said and done, it’s no skin of Axelrod’s nose. As noted earlier, he is no longer part of the Obama inner circle.

Cartoon of the Day: Robin Williams and Jonathan Winters together again
Next Post
Here’s how easy would it have been for Osama bin Laden to enter the U.S. (video) 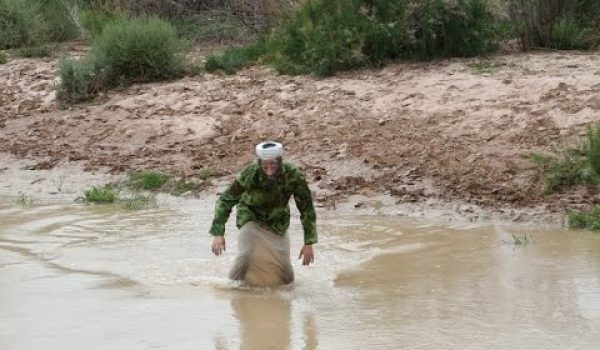