Jack Kennedy has his: Fight Communism. Ronnie Reagan had one, too: Destroy the Soviet Union. Dubya also had one: Give aid, comfort or safe haven to terrorists – we’ll find you and kill you. Now Barry Obama also has his own Doctrine: “What, me worry?”

Despite Newsweek magazine’s conferring on Obama the title “The God of All Things,” Rolling Stone’s Star Wars-esque headline “A New Hope,” and both Time and GQ both bestowing Person/Man of the Year honors on him, very few Western media outlets have acknowledged his responsibility for the planet teetering on the edge of oblivion.

Because of his alleged foreign policy (which consists of a self-loathing America shamefully skulking away from the world stage with its tail tucked firmly between its legs), the blame needs to be laid directly at the feet of one Barack Hussein Obama.

No, not at the feet of Hillary Clinton or John Kerry, but Obama. This global debacle is totally and 100 percent the fault of and the responsibility of the Community Organizer. In all honesty, Clinton and Kerry can’t be held accountable for the direction the Marionettist-in-Chief pointed them. In the shark tank of international politics, those two diplomatic lightweights are just snakes; Obama’s the plane.

In no particular order, the fruits of Obama’s World Apology Tour, 2009:

The bottom line on the Obama Doctrine? Our friends no longer trust us … our enemies no longer fear us. That must be all the Hope and Change I’ve heard so much about.

Picture of the Day: A preview of the midterm elections?
Next Post
Flashback: Obama repeatedly said he can’t grant amnesty on his own (Video) 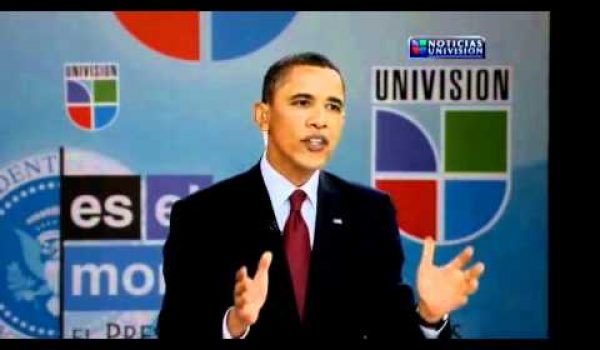