What’s that the commander-in-chief keeps saying about Congress’s inaction and refusal to meet him halfway? To listen to the man, you’d think he’s Mr. Compromise.

But a new book suggests that when a real opportunity to put partisanship aside and work toward a mutual goal of the Left and Right arose, he remained aloof.

Choosing politics over policy, the Obama administration ignored a willingness by the gun lobby to help in the fight against illegal guns and gun violence following the 2012 Newtown, Conn. school shooting, likely missing any chance of a historic deal, according to a new book about the nation’s war over the weapons.

In “The Future of the Gun,” New York Times bestselling author Frank Miniter reveals that two of the country’s leading gun lobbies stood ready to work with the White House, but instead were pushed away by an administration that wrongly thought the country was on their side in banning assault weapons.

“If the Obama administration really wants to do something about illegal guns or gun violence, then they’d work with gun manufacturers, the NRA, and the rest of gun-rights groups,” said Larry Keane, with the National Shooting Sports Foundation, a leading spokesman for the industry.

He cited several areas the two sides agree on but noted that the gun lobby wasn’t invited to White House meetings on the issue. “I wish,” he said of joining the sessions with top Obama advisor Valerie Jarrett. “There’s a lot we could help them with. But they’re not interested in our input.

The question that remains to be answered is why Obama refused to play along. If he had done so and gun violence remained as large a problem as ever, he would have won the long-standing debate on cause and effect. Even if gun violence had diminished, he would have still been able to claim a victory by emerging as the post-partisan leader he had promised to be in 2008. It would been a win either way, but he is clearly too rigid and unyielding to serve even his own legacy. 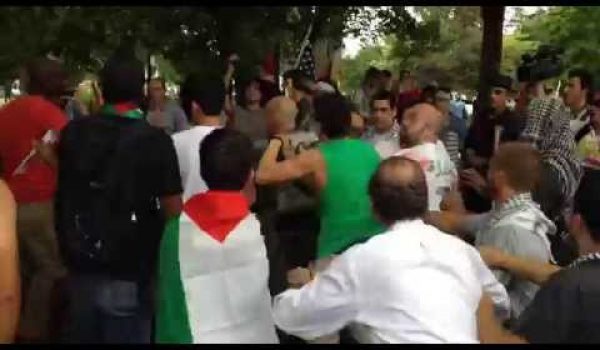 Video: Marine veteran assaulted by pro-Hamas goons at CAIR-sponsored event, no arrests made
Next Post
Pelosi ‘needs to check herself in, if you know what I mean’ (Video)