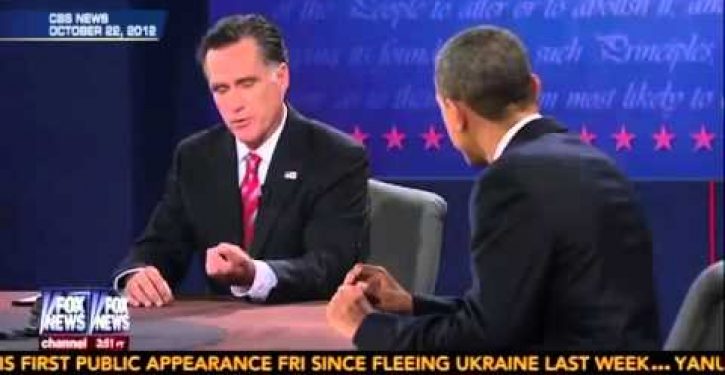 Whether it intended to or not, when TIME Magazine designed its latest cover, it affirmed a statement then-GOP presidential nominee Mitt Romney made almost two years ago — and for which he was ridiculed by President Obama.

TIME’s cover, which was announced Thursday, depicts Vladimir Putin casting a shadow of a commercial airliner beneath the words, “Cold War II: The West is losing Putin’s Dangerous game.”

Here’s how the magazine describes its cover story:

Vladimir Putin backs the rebels suspected of shooting down Malaysia Airlines Flight 17. Why each new crisis makes him stronger.

Twitter lit up when TIME released it’s cover. Here are a few examples, collected by the Twitchy team.

The 80s called… RT @charlescwcooke: Zing your way out of this, Barack. pic.twitter.com/8UqJjZlrQw

Time couldn’t bring themselves to headline, “Romney was Right? RT @charlescwcooke Zing your way out of this, Barack. pic.twitter.com/7CcH2HHiWE

Now for the backstory. During the third presidential debate, which covered foreign policy, Romney claimed that although Iran was our “greatest national security threat,” Russia remained a serious “geopolitical foe.”

He said this in response to an Obama lecture: “The 1980s are now calling to ask for their foreign policy back because, you know, the Cold War has been over for 20 years.”

Russia does continue to battle us in the U.N. time and time again. I have clear eyes on this. I’m not going to wear rose-colored glasses when it comes to Russia or Mr. Putin.

Here’s their exchange, as presented on Fox News Special Report earlier this year: