Sen. John Walsh’s (D-Mont.) troubles are increasing. To explain yesterday’s news that he plagiarized his masters thesis at the U.S. Army War College, his campaign sent out a “fact sheet” laying out its side of things.

Aaron Blake of the Washington Post fact checked his fact sheet and found some problems, including the fact the the document exaggerated his service record.

This is the main argument from the Walsh campaign. When confronted with the allegations by the Times, Walsh said he didn’t do anything wrong (“I don’t believe I did [plagiarize], no”). Now his team is kinda, sorta admitting he did something wrong, but saying it was “unintentional” and just a few missing citations.

Except that Walsh doesn’t have a citation problem; he has a plagiarism problem.

In other words it wasn’t that he forgot a few footnotes. Rather, he fully copied one fourth of the paper, including the key recommendations. Even if he had cited the other papers he cut and pasted from it, his paper it would have been considered academic cheating.

A little further down the “fact sheet,” Walsh’s campaign says this:

While commanding the 1-163rd Infantry Battalion in Iraq in 2004 and 2005, Walsh survived hundreds of IED explosions while in a Humvee, he was targeted – by name – by Al Qaeda in Iraq, and his unit endured hundreds of rocket attacks.

If surviving “hundreds of IED explosions” sounds too good to be true, that’s because it didn’t happen. Walsh’s campaign followed up with a correction (which they call a clarification), noting that … “he survived an attack in October 2005, while his unit endured hundreds of both IED and rocket attacks throughout the deployment”…. [Emphasis added]

While it wasn’t as bad as Richard Blumenthal’s lying about serving in Vietnam, hundreds of IED attacks versus one is a major difference. If this lie was on its own it might not be a big deal, but coming after yesterday’s news, it reveals a trend of lying and cheating.

Senator Walsh told the Associated Press on Wednesday that he was dealing with the consequences of the difficult circumstances he faced in Iraq, but he did not suggest that these circumstances were an excuse for incorrect citations in a research paper.

Specifically, Walsh told AP he was being treated for post-traumatic stress disorder after returning from Iraq and dealing with the suicide of someone he served with. Previously, the campaign mentioned the suicide but claimed (apparently in error) that he had not undergone treatment for PTSD.

Now his campaign says these things, which were brought up with multiple reporters, weren’t intended as excuses. But if these minor details are apropos of nothing, why did they feel the need to mention them? Again, a big suspension of disbelief is required.

Excellent point, the non-excuse was definitely mentioned to provide an excuse.

It’s telling that this story emerges as polls show this race tightening – including one poll released the day this story was published that finds Senator Walsh down by only 4 points.

This is a pretty standard strategy: Suggest the opposition research was intended to stop your surging campaign. Dirty, desperate tricks! But the poll that the Walsh campaign cites here was conducted by Gravis Marketing, an automated pollster whose methodology is only slightly better than its grasp of the English language and punctuation. Samples here and here. (“In the horserace question between the two candidates the Republican challenger Nan Hayworth lead with 44% of the vote followed by Congressman Sean Maloney at 40% of the vote and 16% were undecided.”)

Besides, even if it was released as part of opposition research, the campaign doesn’t suggest the report is false. So in the end, does it really matter who released the information. if it’s true that he cheated and he dishonored his service to his country? 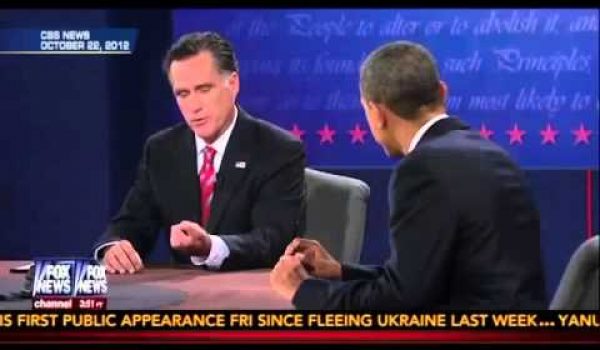