Almost anyone can fraudulently obtain taxpayer subsidies to cover most of the cost of their health insurance on the Obamacare health insurance exchanges. That’s the gist of recent news coverage in The New York Times, Reason, and Associated Press. The fraud is possible because the government doesn’t check’s people’s eligibility, or verify the claims they make in their applications, contrary to what former HHS Secretary Sebelius certified in January.

Applicants can submit a fake name and social security number, and no one even checks—not the government, not  insurers, not Obamacare contractors. This is the finding of a recent investigation by the federal Government Accountability Office.

This matters because most of the cost of health insurance policies on the exchanges is picked up by taxpayers through tax credits, to the tune of billions of dollars a year. (87% of Healthcare.gov customers are getting taxpayer subsidies to purchase health insurance, with taxpayers on average footing 76% of the bill.)

Applicants have included documents showing their income is too high to qualify for a subsidy, and received a subsidy anyway.

As Reason magazine observes, “neither the administration, which wants to sign up as many people as possible regardless of actual eligibility, nor the insurers, which get paid for each person who signs up, have much of an incentive to make the system work better.”

As Peter Suderman noted at Reason,

On January 1 . . . former Health and Human Services Secretary Kathleen Sebelius submitted a  letter to the president. On the very first page of the letter, Sebelius personally certified that Obamacare’s health insurance exchanges “verify that applicants for advance payments of the premium tax credit and cost-sharing reductions are eligible for such payments and reductions” as required by the law. “When a consumer applies . . . [the exchange] verifies application information provided by the consumer” in order to assess eligibility.

In short, when people apply for Obamacare’s health insurance subsidies, there’s a robust, reliable system in place to check their documentation . . .But as it turns out, there isn’t. . .Not one that actually works, or even really attempts to work.

Undercover investigators from the Government Accountability Office (GAO) spent some time this year attempting to see if it would be possible to get subsidies using false application information. They set up fake names and Social Security numbers that aren’t real, then claimed citizenship or legal residence, according to the AP, which obtained an early copy of the GAO report. They submitted applications with income amounts that should have been too high to get subsidies. In other words, they fed the system blatantly fraudulent information that should have been swiftly rejected.

But the majority of their attempts were successful anyway (. . .The New York Times reports 11 of 12). Indeed, the agency is still paying its share of the premiums on those accounts, because the Obama administration, which certified the validity of its subsidy verification system, just a few months ago, hasn’t caught on to the fraudulent accounts yet. . .The lone rejection occurred when the GAO investigator refused to supply a Social Security number at all. . .The federal contractor supposedly in charge of weeding out fraudulent applications told the GAO that “it does not seek to detect fraud and accepts documents as authentic unless there are obvious alterations.” . . .

The upshot, then, is this: Not only did the administration not set up a working verification system, they lied about it and said they did.

These tax credits awarded to participants in the Obamacare exchanges have eligibility requirements that operate as massive marriage penalties and work disincentives. The Congressional Budget Office estimated those work disincentives may shrink the number of people employed in America by two million people.  That is one reason why analysts at institutions such as Bank of America expect Obamacare to increase the budget deficit. The GAO estimated in a 2013 report that Obamacare will increase the long-term federal deficit by $6.2 trillion. 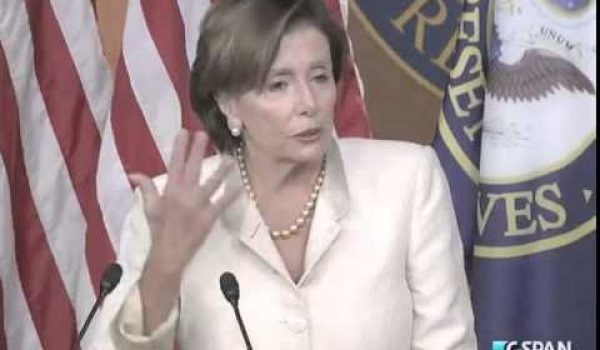