Ayatollah Seyed Ali Khamenei, Iran’s Supreme Leader, has been tweeting like mad about the conflict between Hamas militants in Gaza and Israel, complete with memes. In addition to his vitriolic ranting about Israel, he also engaged in some bashing of the United States and the “wicked” Britain.

As reported by Reza Kahlili of the Daily Caller, the “Supreme Leader” told a group of students that “the only solution for the region is the destruction of Israel,” joining Muslim Brotherhood leader Kuwaiti Cleric Tareq Al-Suwaiden, who also called for the eradication of Israel this month, as reported at Tavern Keepers.

Kahlili also pointed out that Khamenei said that “armed confrontation must expand beyond Gaza.” The article is consistent with statements that the elderly fearmonger made about arming the West Bank on Twitter.

As an aside, Ayatollah Khamenei’s tweets are clearly directed toward a western audience, as they are in English. The tone of his verbiage also comes across as very Western, reminiscent of tweets sent out during the massacre of non-Muslims at the Westgate mall in Kenya in September. In that case, the al Qaeda linked terror group al Shabab tweeted, “Funny how the Kuffar are quick to cry foul and gnash their teeth about minor incidents, while their military is killing thousands of Muslims.” The author observed at the time,

“The ‘Kuffar is a ‘highly derogatory term’ describing non-Muslims…The tweet posted here seems to be written by someone very familiar with Western language, complete with sarcasm.”

Indeed, CNN national security analyst wrote about how American citizens were becoming increasingly involved with the radical Islamists. The increasing support for the Palestinian Authority from the radical left is a reminder of their support for the failed “Arab Spring,” which has empowered militants across the Middle East, and this author would submit, in Africa as well.

While the world observes Christians being persecuted in the Arab world, along with innumerable acts of terror perpetrated on non-Muslims and Muslims alike in Iraq, Syria, Lebanon, Libya and elsewhere, the radical left seems to be content in focusing their anger on America’s friend, Israel, as she defends herself from thousands of rockets launched into her tiny country, oftentimes from heavily populated areas in Gaza.  While the media prefers to focus on civilian casualties in the Palestinian Authority, they ignore the fact that Hamas wants civilian deaths, as these deaths are used endlessly in their propaganda.

On Twitter, Khamenei criticized the United States and Britain repeatedly for supporting Israel.

Today the domineering western powers w/US as the head& backed by the wicked Britain support #Israel despite all its crimes. #GazaUnderAttack — Khamenei.ir (@khamenei_ir) July 23, 2014

They dropped all types of bombs & rockets on #Gaza & so many #children were killed, yet US & UK support #KillerIsrael. #GazaUnderAttack

US & UK don’t understand what disgrace they bring on their #history by supporting criminal & infanticidal #Israel. #GazaUnderAttack — Khamenei.ir (@khamenei_ir) July 23, 2014

The Supreme Leader also praised the pro-Palestinian protesters around the globe:

Of course, ppl of world’s duty is political activity against #Zionists. As u see Muslims & non-Muslims stage big #protests against #Israel.

His ranting tweets continue, as he blames Israel for poisoning former Chairman of the Palestine Liberation Organization Yassar Arafat,

The fact that they poisoned & killed Arafat who had the utmost cooperation w/ them shows that “#peace” is #Israel‘s trick for more bullying. — Khamenei.ir (@khamenei_ir) July 23, 2014

There is more, but you get the idea. It should be noted that the “founding father of Palestinian movement” was a big fat Nazi.

Speaking of Nazis, Hitler was a “national Iranian hero.” One could imagine that a nuclear Iran would not fare well for Israel.

Zuheir Mohsen was a leader in the the Palestine Liberation Organization. In 1977, he said in part, “Yes, the existence of a separate Palestinian identity exists only for tactical reasons. The establishment of a Palestinian state is a new tool to continue the fight against Israel and for Arab unity.” 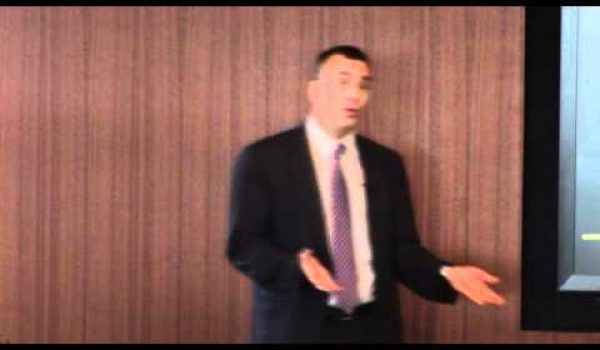