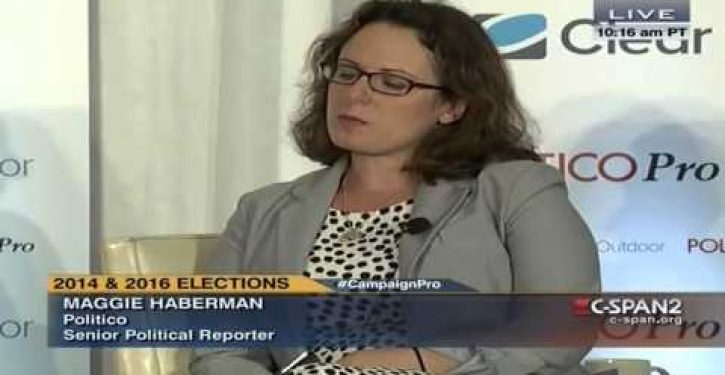 Sure, Hillary Clinton has had a couple of missteps in recent weeks, ever since declaring that she and her ex-president husband were “dead broke” when they exited the White House in 2001 … with $28,000 of furniture in tow. (Maybe their poverty explains why they stole the household furnishings.)

At least the presumptive Democratic nominee for president in 2016 has been open and forthcoming with the press, right? Er, not necessarily, according to Senior Reporter for Politico, Maggie Haberman. In a recent appearance on C-SPAN, Haberman was asked how Clinton accessibility compared with that of another politician. Her answer?

Night and day…. What has been striking is that she has not taken a single question that I know of…. She is giving very controlled interviews…. There is very little that is up in the air and unexpected about them.

Four more years of Obama-style openness and transparency, anyone?

Finally, Obama leads from the front: The Hamas-FAA move against Ben Gurion
Next Post
Need proof the left is clueless about guns? Here’s more