In August of 2010, almost three years before Lois Lerner announced at a law conference that the IRS had indeed targeted certain groups, Z Street — a non-profit organization dedicated to “educating the public about Zionism” — filed a lawsuit contending it was being targeted by the IRS because it disagreed with President Obama’s policy on Israel. In fact Z Street filed its suit against the IRS after an agent allegedly told the group that Obama directed the tax collection agency to “give special scrutiny to organizations connected to Israel” and that the files of some of those “organizations were sent to a special unit in Washington, D.C. to determine whether the activities of the organization contradicted the public policies of the administration.”

Ironically, Z Street’s case received a boost last summer when Democrats tried to defend the administration and prove the IRS was not just engaging in viewpoint discrimination against politically conservative groups. As part of their defense, Democrats on the House Ways and Means Committee along with Rep. Sander Levin (D-Mich.)​ released 14 IRS documents indicating the IRS created a category for review it labeled “progressive.”

Within that “progressive category” was a subset labeled “occupied territory advocacy” (page 12 of linked document). That particular subset contained only one organization: Z Street. According to the documents, a notice to IRS inspectors to “be on the look out” (BOLO) for groups under this category was sent on August 6, 2010, just days after Z Street’s file was reviewed.

In other words, the IRS was indeed singling out applications for tax exempt status on the basis of a particular political viewpoint, advocating for the “occupied territories” which is inconsistent with this administration’s.

The Manager of the IRS Touch and Go (“TAG”) Group stated under oath, after Z Street brought its lawsuit against the IRS for viewpoint discrimination, that he concluded, based upon Z Street’s application for tax exempt status and other submissions that Z Street’s file should be sent to the TAG Group, #7830.

The TAG Group manager based his decision upon his view that Z Street might be engaged in the funding of terrorism because “there is a higher risk of terrorism in Israel.”

However after taking a look at the 14 documents related to the case released by Levin:

The IRS has defended itself in the Z Street lawsuit on several different grounds, including the absurd notion that the government is immune from such a lawsuit.

However after four year of IRS delay tactics, two months ago a U.S, District Judge rejected the Obama administration efforts to stop Z Street’s legal challenge, giving the organization a green light to go after the IRS.

Z Street merely asks the Court to require the IRS to go about it[s] usual business of evaluating Section 501(c)(3) applications in a manner that comports with the Constitution. The only matter at issue in the instant lawsuit is whether, in addition to evaluating Z Street’s activities as it would any other organizations, the IRS may constitutionally apply a more stringent standard of review that is allegedly reserved for organizations whose activities relate to the promotion of Israel.

The Z Street case has the potential of blowing the IRS scandal wide open. First of all, it is the furthest along, and probably will be decided first. The group’s attorneys can put on the stand the IRS employee who said Z Street were being scrutinized because its policy is different than the Obama administration’s, and the lack of terrorism in any of the documents released by Levin indicates that the TAG manager who said Z Street was being examined because of terrorism in Israel may have been committing perjury.

Despite all the evidence in the Z Street case, the FBI attorney who is supposedly investigating the case has not contacted them. Z Street President Lori Lowenthal Marcus wasn’t contacted by the Ways and Means Committee; she was forced to contact them. According to Lowenthal Marcus, they listened and chose to focus on the politically conservative groups. And of course with the exception of the Wall Street Journal and Fox News, most of the media, including the conservative media, haven’t covered the Z Street case.

Z Street President Lori Lowenthal Marcus was a guest on the Hump Day Report Radio program this past Wednesday. If you wish to hear the interview and learn more about the case, click here. 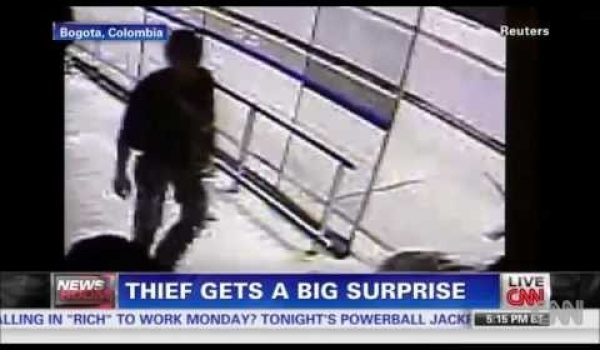