If you thought vaguely about the influx of illegal minors across the border when you heard today about Governor Rick Perry’s announcement on the Guard deployment: congratulations.  Your brain has been washed.

In the coming days, the mainstream media will no doubt do its best to turn the Texas policy decision into a measure related to keeping out desperate children.  The New York Times skimmed lightly over what Perry actually said about it (in his news conference on Monday), and went quickly – as if it were the central issue for Perry’s action – to a discussion of the “humanitarian crisis,” and the president’s “request for $3.7 billion to add resources along the border to respond to the arrival of the Central American migrants.”

Follow-on commentary in the NYT piece identified the National Guard proposal in wholly tendentious terms: as a partisan Republican move; as designed to appeal to Texans, for whom border issues are “central to state politics”; and as a way for Perry to “repair his standing among conservatives” after a poor showing on immigration issues in the 2012 presidential primary season.

The Washington Post’s coverage was no better:

Perry spokesman Felix Browne told The Washington Post…all details [about the Guard deployment] will be given at a news conference at 2 p.m. Central time Monday in Austin. It was unclear what mission the guard will have.

The news comes amid the continued surge of young immigrants, most of them from Central America, crossing the border and scattered protests in a few U.S. cities from those who don’t want them housed in their midst. Perry, a potential 2016 Republican presidential contender, spoke in Iowa and elsewhere in recent days, promising to take matters into his own hands if President Obama does not act.

The Hill was just one more of many media outlets that depicted Perry’s move in a misleading light:

Texas Governor Rick Perry announced Monday that he’s deploying as many as 1,000 National Guard troops to help manage the surge of child migrants at the state’s southern border.

Which is, quite categorically, not what he is doing.  In his press conference in Texas this afternoon, however, Perry made it very clear why he wants to deploy the Guard and what its mission will be.  It’s the crime and violence being spread by the cartels, stupid.

Perry didn’t spend a lot of time belaboring the reason why the U.S. Border Patrol is preoccupied with other matters, and doesn’t have the manpower to get its main job done on the Texas border.  It would have been perfectly fair for him to spend more time on that, because it’s a grave policy failure on the part of the federal government, and it’s having a serious impact on the entire country – and certainly on Texas, which is on the front line of this policy failure.  But he didn’t waste his precious air time on that.  He spent it talking about his priority for this deployment, and letting his state officers explain what is going to be done.

Perry’s priority is shutting down the movement of cartel and gang thugs across the border, which has been made much easier with the Border Patrol absorbed in dealing with the influx of illegals from Central America.  Perry cites daunting statistics (video below): since 2008, over 200,000 illegals have been booked into Texas county jails.  Those individuals have committed more than 640,000 crimes.  That’s just the criminals who have been apprehended in Texas.  It’s a staggering burden, even for a big state with a booming economy – and, of course, the poor and vulnerable are always the main victims of these trends.

Perry points out that only 20% of the illegals apprehended at the border are minors.  He didn’t put it in these terms, but I will:  the children are getting all the press, but statistically, they aren’t the actual face of the problem.  The vast majority of illegals crossing our border are adults, as they have always been.  The significant increase since 2009 in the number of children – both accompanied and unaccompanied – has strained the Border Patrol’s resources because we deal with children differently.  But the character of the problem is still overwhelmingly what it has been in the past: adults violating our laws, entering the country in the hope of committing other crimes (narcotics, human trafficking, financial crimes), otherwise working illegally, or – in many cases – making use of our system of welfare handouts.

The element of this adult demographic that Perry is focused on with the National Guard deployment is the criminal element.  He made that crystal clear in the press conference.  He and his lieutenants – the Director of Public Safety and the Adjutant General of the Texas National Guard – also made it clear what the Guard will be doing.  It will man observation posts on the border alongside the Texas Department of Public Safety (DPS).  It will provide air reconnaissance support as well (presumably using drones, helicopters, and perhaps fixed-wing surveillance aircraft) – also acting in support of the DPS.

The DPS is already conducting Operation Strong Safety, an augmented operational surge at the border, and will retain the lead on it, using its Texas law-enforcement authority to conduct surveillance and apprehend suspects.  The Guard will support this effort.  Law-enforcement actions will be undertaken by sworn peace officers: DPS personnel.  The Guard will be there in a supporting role.  The whole operation is intended to fill gaps in border enforcement that have been opened by the Border Patrol’s dysfunctional federal tasking, with the focus – one more time – on intercepting and deterring criminals.

The Adjutant General (Maj. Gen. John F. Nichols, TXANG) described training that the Guard units will receive beforehand to ensure that they are well-versed in the duties they’re being dispatched for.

So now you know.  If it comes up at your next clambake or cocktail party, you’ll have the facts in your pocket, and you can steer the brainwashed among us to the truth.  Perry’s National Guard deployment isn’t some nightmarish, inhumane effort to set armed, camo-clad giants to towering over sobbing children at the border.  It’s to fight the syndicate criminals, stupid.

Bonus video:  I’m providing this link to a video with about 15 minutes of the Texas press conference, in which the speakers are the DPS director, the Adjutant General of the Texas Guard, the Texas lieutenant governor (who worked the state budgetary package for the border surge), and the attorney general.  The reason I haven’t embedded this particular video is that its volume setting is EXTREMELY loud.  I’m warning you in advance.  I had to reduce the volume setting to about 50%.

This video is where I got the information about how the Guard will be used.  I couldn’t find the information reported anywhere else.  All the coverage out there is superficial and politically tendentious: little more than that.  So much for “journalism.” 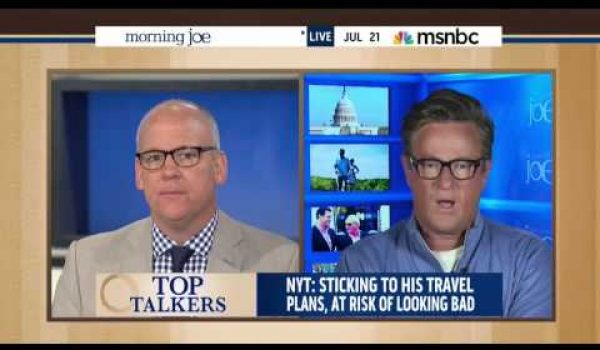