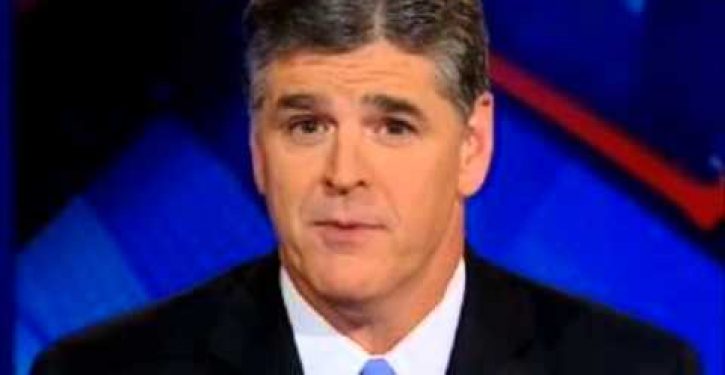 The conservative commentators who advocated a “path to citizenship” after the 2012 election bear partial blame for the current wave of illegal immigrants from Central America. Many of those who advocated for amnesty following the 2012 election are now complaining that people indeed came expecting that amnesty. But there is also an unbelievably bad policy at the root of the problem.

The William Wilberforce Trafficking Victims Protection Reauthorization Act of 2008 is the awful piece of legislation that is allowing tens of thousands of illegal aliens to be released and remain in America while awaiting “deportation hearings” that we all know are a sham.

It is not ironic at all that that a law intended “to combat human trafficking” has facilitated human smuggling. It is not ironic because this is precisely the outcome we should expect from immigration policy designed by multicultural elites. Our inept and corrupt political class, with their utter disregard for our sovereignty, simply does not seem to care about the consequences of the laws they pass.

Department of Homeland Security (DHS) sources told ABC news that, reportedly, “more than 80 percent of these children will find permanent homes in the U.S., with either family or foster homes and not be sent back to Central America.” In fact, the number of Central American illegals who are deported is closer to zero. According to one high-ranking Border Patrol official, “Currently only three percent of apprehensions from countries other than Mexico are being repatriated to their countries of citizenship, which are predominantly located in Central America.”

Every single Congressperson and Senator, from both parties, voted in favor of the 2008 act. The act is a Trojan horse full of the “disadvantaged,” a geoup overwhelmingly prone to vote Democrat. Rick Green with the Oklahoman newspaper has a detailed write-up on the 2008 act. He zeroes in on the key provisions:

…[T]he 2008 act mandates the current, often lengthy, procedures under which the young people are given temporary housing and an array of services while a parent or sponsor is sought in the United States pending deportation hearings, which are often delayed because immigration courts are backed up with pending cases.

When a parent or sponsor is found, the illegal aliens are released. After a year or two there is a deportation hearing. As Byron York writes, “Even if, after two or three years, a hearing judge finally orders removal, many illegal immigrants just ignore the order. No one makes them leave.”

The 2008 act has the effect of amnesty; it allows illegal aliens to disappear into America and not face deportation unless they decide to comply with a toothless legal order. Even if illegal aliens intended to comply with our laws when they first arrived  — which is unlikely because they broke our laws to come here in the first place — they will probably not voluntarily comply with a toothless order after they’ve assimilated into the welfare system. The common sense alternative is expedited deportation with no release into the United States. Congress should have made that change already.

Who is to Blame?

Many Republicans are blaming the president’s amnesty rhetoric for encouraging the current flood of Central American illegal immigrants. The fact of the matter is that the entire Congress in 2008 opened the floodgates, and then both the president and pro-amnesty Republicans gave illegal aliens the green light.

The 2008 act tore a hole in our border for Central American minors. So why didn’t the influx occur sooner? Customs and Border Patrol numbers show an increase from 2009-2010, but a much larger spike occurred from 2012-2013.

The green light was turned on beginning in 2012-2013. In 2012, Obama granted temporary amnesty to specified categories of illegal aliens, which was certainly a green light for further illegal entry. A leaked Border Patrol memo reveals that the recent illegal aliens from Central America came to the U.S., in their own words, “to take advantage of the ‘new’ U.S. law that grants a free pass or permit.” But another segment of the American political system also filled the news with a similar message about crumbling borders: The bountiful post-2012 election pandering by certain Republicans and conservatives must have also played a role in the current wave of illegal entry.

In 2013, Republicans like Marco Rubio, John McCain, and Lindsey Graham were calling for amnesty. In 2013 McCain said Hispanics “should be ours,” arguing that amnesty would bring in Hispanic votes. He was joined in this delusion by many commentators: Charles Krauthammer, Sean Hannity and George Will all advocated amnesty. They were eager to pander to Hispanics, despite the fact that no conceivable Hispanic voting scenario would have resulted in a Romney victory.

With all the post-election pandering, the message sent to the rest of the world was that one American political party wants open borders and the other party wants to give amnesty. Today, McCain and others act surprised that, with a “path to citizenship” dangled in front of them, many illegal immigrants answered the call. They should have known what their ill-conceived rhetoric would induce foreign citizens to do.

However the blame is apportioned, the latest breakdown of our border started with the 2008 act named after William Wilberforce. With a name so full of historical and emotional hype, perhaps it is to be expected that politicians wouldn’t think for even a moment about the actual legislation. The act contained a massive carve out, allowing for the effective dismantling of our border as far as Central American minors are concerned.

If we cannot be the world’s police force, then surely we cannot be the world’s orphanage and charity. Politicians from both parties would gladly force the American taxpayer to foot the bill for their borderless welfare state. Only public pressure and the credible threat of an electoral revolt prevent the next reckless piece of social engineering. The conservatives who encouraged illegal immigration with talk of amnesty need to mend their errors by calling for expedited deportation and a border fence.

This 5-year-old battling cancer needs to you to write his name. Seriously *UPDATE*
Next Post
Hamas now giving Palestinians lessons on ‘how to lie about civilian casualties’