Let’s get to the important stuff first. The name of the little trouper shown here is Danny Nickerson. He will be 6 on his next birthday. You can write to him at P.O. Box 212, Foxboro, MA, 02035.

Danny … was diagnosed with an inoperable brain tumor this past October — one of the most chemotherapy-resistant cancers. As a result, he has since stopped going to kindergarten.

The boy gets lonely from time to time, and is always happy to get cards with his name written on them.

“He can recognize his name now,” Carley Nickerson, Danny’s mother told ABC News. “When he saw his name on the package from magical fairies on Easter, he was so happy.”

But the packages and cards stopped after Easter.

Danny has had radiation therapy 33 times between November and December last year. He is now receiving chemo therapy every two weeks.

Doctors tell Nickerson that less than 10% of the children diagnosed with this type of cancer live more than 18 months past the diagnosis. But Carley isn’t giving up on hope. She said each day that Danny is with her is a blessing.

So far, Danny has received about 40 letters. Said Carley:

I gave him to key to the P.O. box. He was so excited when he opened it.

I am hoping that LU Nation gives Danny something to smile about when his birthday rolls around.

*UPDATE*:  Danny’s birthday has come and gone, and although Howard Portnoy is away on assignment, we wanted to update LU Nation on the good done by your cards and gifts. Danny’s mother has been trying to keep up with the inundation in a series of Facebook posts at the Danny’s Warriors page. (Hat tip to LU’s Alert Reader maddog2008 for that one.)  The Nickersons went to the post office on the 23rd to collect a HUGE pile of cards and boxes — and I know there will be more for them to pick up Monday.  Here’s Danny with his brother on the pile of boxes:

Here is the entry Danny’s mom made about the trip to the post office (emphasis added):

Today was amazing! Although we felt like we were running a marathon all day, it was great! My niece’s came over in the morning so the boys and I went out to lunch with them. Then after lunch we planned to meet up with everyone that was helping us and head to the post office. After yesterdays post office trip we decided that today we would need a Uhaul truck. So Dannys grampa and pops went to rent a uhaul. We all met at the post office, and were met by the news papers and the news! We did interviews for the news station while we were all sweaty and gross… ANYWAYS… Todays total rough count was a little over 8500 cards and 900 packages!!! We filled the uhaul completely up! And then filled 3 cars too! We are in awe of all of this, we are speechless and dont have enough words to explain how thankful we are for everyone of you! And all the love that you have shown us and continue to show us!

We were also met at the post office today by an amazing man that read Danny’s article and decided he needed to make a card that would stand out. He wanted to do something really special. So, he made Danny a card that is 4 feet wide and 6 feet tall!!!! And it open to be 8 feet wide!! It has Mario on it and a picture of Danny! Its incredible!

Here are the pictures from today… The first is of the boys sitting on one of the 10 pallets of boxes, then all the cards on one of the 2 rolling carts, then a picture of more of the pallets, then the last is Dan standing with Danny’s giant card! I didnt take that great of pictures today i think my phone was too hot!

When we got home and unloaded all the boxes Danny climbed to the top of the pile and laid down and hung out on the top for a while!

Thank you all for being with us on this journey and showering up with support, love and prayers. May God bless you in return for all the blessing you have given us.

And here are the Nickersons on 23 July (Danny in his Superman shirt):

This is from mom’s update on the 25th, Danny’s birthday:

So many amazing things happened today, where do I begin?! We went to Legoland Boston for the first time with a bunch of Danny’s cousins! And we had so much fun! Then we went to Gillette Stadium and met Bob Kraft, yes, THE Bob Kraft! How exciting?? And he took us onto the field and gave Danny some really cool presents and an awesome card! Then we came to our house [with] all of Danny’s cousins and got into 2 firetrucks and road up to the post office with the sirens blaring to go get Danny’s mail today! (we are close to 100,000 cards!!!!) And had a little birthday for him at the post office with the staff, they surprised him with 2 cakes! Then we came back here and hung out with his cousins some more. And now everyone is in bed! We are beyond exhausted! Lots of fun things planned for this weekend! We are so incredibly blessed! SO BLESSED! Words cannot explain how much today meant to us! Danny had an amazing birthday, and his birthday week (month) continues tomorrow!

We love you all so very much, and we are so thankful for the love and support that you have all shown our sweet boy, and for all the prayers that you are blessing us with!

Thank you, LU Nation, for helping to make Danny’s birthday a special one. — J.E.

Rick Perry and Jim Amos: Two faux-heroes conservatives need to dump
Next Post
The conservatives who deserve blame for the border breakdown 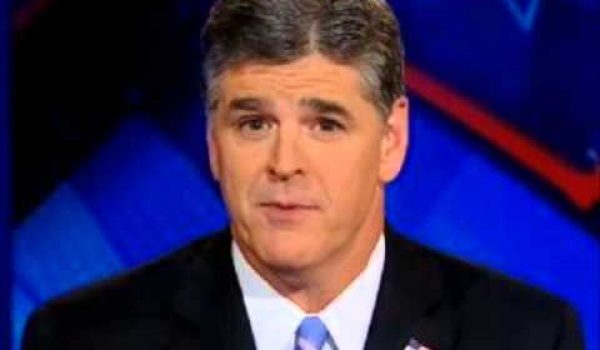