Louisiana Governor Bobby Jindal’s effort to repeal Common Core in his state is almost certainly headed to the courtroom following the failure of last-ditch negotiations between the governor and state Superintendent of Education John White, who favors retaining the controversial education standards.

Jindal has attempted to block Common Core’s implementation by issuing an executive order declaring the state’s contract to buy a Common Core-derived standardized test illegal, and ordering the state to contract for a different one. Despite being heavily comprised of fellow Republicans and Jindal appointees, the state’s Board of Elementary and Secondary Education (BESE) has fought back, calling Jindal’s actions unconstitutional overreach. The dispute has transformed a debate over education policy into a full-blown constitutional crisis.

Jindal and White met Thursday afternoon, a gathering ordered by BESE in a last-ditch effort to resolve the the growing impasse, but the talks were a failure. Jindal refused to speak with reporters after the meeting, and issued a terse followup statement that reflected the lack of any progress. The statement reads in its entirety:

I made it clear to Superintendent White that it is important for the Louisiana Department of Education to follow the law. Procurement law is designed to protect taxpayers and it must be followed.

According to White, negotiations have been utterly fruitless, thanks to Jindal’s intractability. After the meeting, while saying he hoped to avoid a lawsuit, White’s rhetoric suggested he believes one to be necessary:

“This situation today should highlight that we need legal clarity,” White told reporters. On Friday afternoon, he doubled down in an official report to BESE on his meeting with Jindal, saying that a legal resolution was needed prior to any other action:

The legal question of which body determines testing content persists … and will need to be resolved before any new contract is established, be that soon or in the months to come.

BESE has already decided to hire outside counsel to advise it in the event of a lawsuit, but can’t officially decide to launch a suit without holding a special session, which has not yet been scheduled. But with White pushing for a lawsuit and a solid majority of the board aligned with him in strongly supporting Common Core, it would take an abrupt, last-minute failure of resolve to keep the board from pursuing legal action.

The ongoing feud has thrown the entire state education system into chaos. Jindal has used his power over state procurement practices to prevent the state Department of Education from purchasing the Common Core-based multi-state tests it was planning to use, meaning that with the school year only weeks away, Louisiana has no indication of what kind of standardized test students will be preparing for.

The battle has also created unusual divisions in the Bayou State. White and Jindal had previously been close allies over the implementation of school vouchers in the state, while BESE Chairman Chas Roemer is a Republican like Jindal (White is an independent).

BESE has twice attempted to compromise with Jindal, but both offers have been shot down, largely over BESE’s insistence that it be allowed to dictate the educational content of a test, and its belief that said content is legally required to conform with Common Core.

CBS reveals ‘Two and a Half Men’ stars will adopt baby as gay couple this season
Next Post
Video: Sen. Mark Begich says there are 4 women in SCOTUS 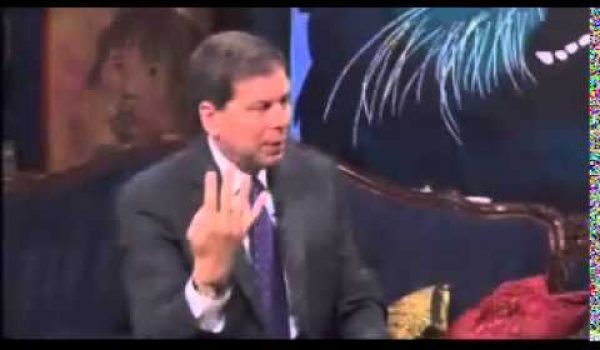