“Look out how you use proud words,” Carl Sandburg once sagely cautioned. If he were living today, the poet might admonish against issuing stupid tweets, which — like proud words — “wear long boots, hard boots” and “can’t hear you calling” after them to come back.

It’s a lesson that, if learned at all, has been internalized too late to save CNN correspondent Diana Magnay from the ignominy of having tweeted that Israelis cheering their government’s retaliation against constant bombardment by Hamas forces in Gaza “scum.”

She apparently saw the error of her ways and quickly deleted the controversial post. But, alas, her tweet was out there, in cyberspace, where every typed message (including Lois Lerner’s emails!) is indelibly etched.

A vestige of the tweet in fact is immortalized in a reply by the Washington Examiner’s Becket Adams:

Interestingly, neither Magnay nor her network had any comment at all when Palestinians celebrated the kidnapping of three Israeli teens back in June. The three were eventually killed by their captors, which CNN to its small credit did report.

UPDATE: The Huffington Post reports that CNN has removed Magnay from covering the Israeli-Palestinian conflict. A spokesman for the network states:

She deeply regrets the language used, which was aimed directly at those who had been targeting our crew. She certainly meant no offense to anyone beyond that group, and she and CNN apologize for any offense that may have been taken. 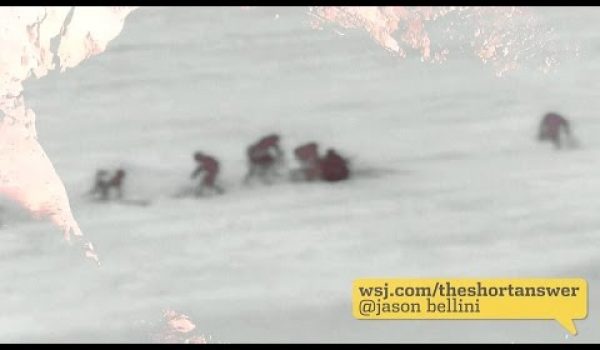