My spider sense is on the alert with all this Romney talk from the mainstream media and the “center-left” specialty and opinion sites.

We know the MSM too well to think that they let news stories dictate to them.  They aren’t merely covering the independently erupting appearance of a Mitt Romney surge.  They’re talking him up on purpose, by choosing to cover things they could just as well choose not to mention, or could treat only as afterthoughts – as they have done with numerous Obama administration scandals.  Nothing compels them to write features about Romney; it’s an editorial decision.

So, moreover, is the “strange new respect” Romney is getting from the center-left opinion media.  Two years ago, Romney was a rich hypocritical crony capitalist with a la-de-da equestrian wife, an abused dog, and a tacky matched set of Stepford children; he was George-H.-W.-Bush-at-the-supermarket-out-of-touch with the lives of working people, and didn’t know the Cold War had ended.  Today, he’s being referred to uncritically as having been “right about” some important things, in his electoral competition with Obama to accurately describe our problems and predict the future.  The images being used this summer are hilarious: instead of showing him as over-tidy, slick-haired, or uptight, the sites have selected images in which Romney looks relaxed, in charge but friendly – even a little self-deprecating and rumpled here and there.

I don’t think there’s a need to belabor the point that the MSM and the center-left opinion sites are promoting Romney for 2016.  For my money, they’re not doing it to persuade you: you foot-soldier voters and volunteers.  They’re doing it to create for the GOP leadership – the Beltway-attuned pols and PAC managers who savaged Chris McDaniel in Mississippi – a sense that Romney would appeal to “independents,” and would in other ways be the smart, base-broadening choice for the next presidential run.

The DC-centric media (Hill, National Interest, WaPo, Politico) know how to dangle bait for the GOP leadership.  Their sudden equanimity about Romney comes off quite transparently as baiting a hook.  They have no interest in electing Romney, of course, but they’d be happy to see the Democrat in the race run against him – or someone as much like him as possible (e.g., Jeb Bush).  Best to start now convincing the defenders of the old-consensus GOP that they need to go full Thad Cochran – do whatever it takes, no matter how low-down and dirty – to beat back any challenge from the limited-government “Tea Party” contingent.

I suspect the GOP leadership knows that now isn’t the time to rise visibly to the bait.  But I’m also confident that eventually, it will rise to the bait.  It will insist that the path forward is a “centrist” candidate like Romney, someone comfortable with big government and the assumptions of the old consensus.

In the wake of the Eric Cantor upset in Virginia, after all, the old guard GOP is actually fighting tooth and nail to prevent a repeat of 2010.  I’ve never seen the GOP leadership as galvanized and ornery as it was against its own base in the Cochran-McDaniel runoff.  Imagine if the party elite put that much passion and effort into defeating Democrats.

For this and other reasons, I think more and more Republican voters are realizing that the big “crossroads” out there isn’t a unifying super-PAC; it’s what lies, philosophically, before voters today who want to affirm what America is about: liberty, limited government, constitutionalism.  That’s not what motivates the Republican leadership now.  There are actually GOP leaders who refer to voters who speak in such terms as a whining, even a dangerous, fringe element.

My colleague D.E. Landreaux made one argument for Romney (if perhaps a tepid one) a few days ago.  And, like D.E., I’m not ready to give up on the Republican Party.  But I am done compromising on principle with it.  If it insists on running a big-government centrist in 2016, I don’t see how I can vote for its candidate.  The time and the situation simply will not be such that electing a GOP centrist is a remedy for our ills.  It won’t even be a useful stopgap.

I know that because in 2014, that’s already the case.  The condition of our republic – the excesses of the executive, its enormities against the rule of law, its contempt for the people and our rights – is materially worse today than it was even as recently as 2012.

In 2012, it was possible to envision electing a Romney and a Republican Congress and at least beating back on the margins some of the worst encroachments of the federal regulatory juggernaut.  It wasn’t everything we needed, but it had a prospect of being useful, at least.  I argued in 2012 that electing Romney would be a way of getting a placeholder into office: someone who wouldn’t change our course, but would at least slow down our perilous progress toward the precipice.

In 2014, we’re beyond that.  If we don’t change course, the tether with ordered liberty will be snapped.  There will not be a peaceful way to navigate to a constitution of liberty and the rule of law again.

The fulfillment of that irretrievable condition may be upon us before 2016.  Whether it is or isn’t, there can be no more following those leaders who don’t see our situation for what it is.  The condition of law and government in America has become too great a threat to the people for a managerial-big-government guy like Mitt Romney – as nice a guy as he is – to repair.  The status quo – the 20th-century’s “old consensus” – is what’s eroding our intellectual and economic rights today.  Trying to shore it up is a fool’s errand; its design is fatally flawed, and it must fail.  But in any case, the price of trying to shore it up is being borne wholly by the productive middle class – and it has become far too high. 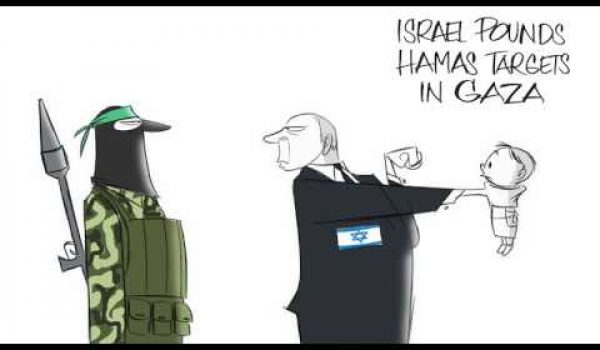