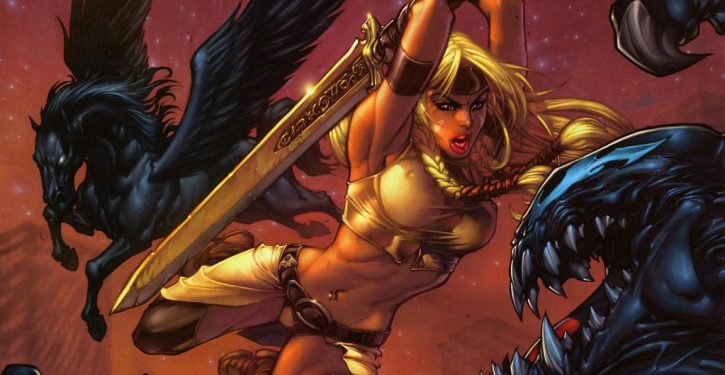 The fraud of thunder…

With comic book aficionados everywhere still reeling over the assassination of teen icon Archie, the next politically correct change is already upon us. As reported by Fox News, Marvel Comics isn’t playing fast and loose just with gender-bending the pagan Viking deity, but taking more than one liberty with the proper usage of the English language.

In defiance of Nordic mythology, Marvel Comics has taken it upon itself to change the Scandinavian god of thunder from a he to a she. The publisher has decided, moreover, to continue to refer to the new and improved Thor as the “God of Thunder” instead of abiding by the correct rules of the Queen’s English and properly calling her the “Goddess of Thunder.”

On top of its disregard for correct usage of the Mother Tongue, Marvel Comics has altered actual Germanic lore, according which Thor was the son of Odin, deigned to defend all humanity. Included in his personal inventory of weapons was his fabled hammer, Mjölnir, which was capable of leveling entire mountains. Engraved on Mjölnir was the inscription “Whosoever holds this hammer, if HE be worthy, shall possess the power of Thor.” (Emphasis Fox News)

Marvel Comics editor Wil Moss made it clear that the latest incarnation isn’t simply some sort of Thor-ette or She-Thor, but simply by virtue of her wielding Mjölnir, the woman is now to be considered the Nordic god in question. Or as Moss has stated:

And this new Thor isn’t a temporary female substitute — she’s now the one and only Thor, and she is worthy!