A coalition of four science advocacy groups have launched a “Climate Science Student Bill of Rights” in an attempt to promote teaching about climate change in the nation’s schools.

The bill of rights asserts, among other things, that students have the right to “explore the causes and consequences of climate change” and “examine the data and evidence that leads to the established scientific consensus on climate change.”

The four organizations pushing the proposed Bill of Rights are the National Coalition for Science Education (NCSE), the Union of Concerned Scientists, the Alliance for Climate Education, and Climate Parents.

According to a press release by the four groups, the move is motivated by the recent decision by Wyoming’s state legislature to prohibit the adoption of the Next Generation Science Standards (NGSS), a set of science education standards that have been adopted by 12 states. A major factor in Wyoming’s decision to reject the standards was their references to climate change as a matter of scientific consensus. Conservative skeptics of climate change expressed concern that hysteria over climate change could kill jobs in industries such as coal mining and oil drilling.

Climate has fallen through the curricular cracks. Young people have the right to know about climate change, and in some places that right is being denied.

McCaffrey said the venture had been under consideration for over a year beforehand, but that Wyoming’s deed was a major spur to action. Even outside of Wyoming, McCaffrey said that teachers feel pressure to teach what he referred to as a “phony scientific controversy.” Change is essential, he said, both because of the importance of climate change as an issue and because the current situation allows for unacceptable political meddling.

“Science is being denied by politicians,” he said.

McCaffrey said he is hopeful that other scientific or progressive organizations may join in the effort, and that sympathetic state legislatures might enshrine a variant of the Bill of Rights in a state’s science education standards. He said that climate change’s exceptional importance made strong action essential. 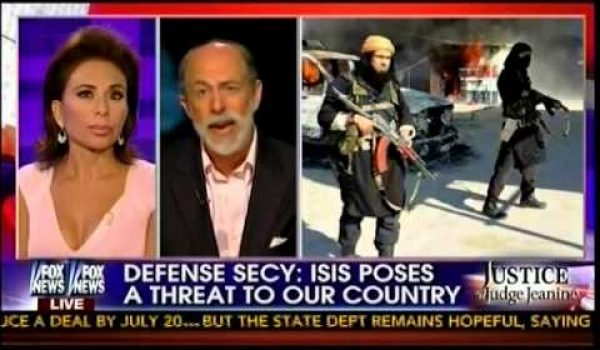