It turns out that “a spate of Quran burnings,” including one in front of a mosque in Dearborn, Mich., were hate crime hoaxes, perpetrated by Ali Hassan Al-Asadi, an Iraqi native living in Detroit.

Ali Hassan Al-Asadi said he did it because was angry about “the imams and Muslims at local mosques who refused to help him with several financial problems he was facing.”

Sheikh Husham Al-Husainy, imam of the Karbalaa Islamic Educational Center in Dearborn, Michigan, met with the city’s police chief, the FBI and “public safety officials” after two copies of the Islamic holy book, the Quran, were found burning outside of his mosque in mid-June.

As an aside, this author wonders if the FBI was involved in the “Piss Christ” sale at Sotheby’s a few months ago.

The Quran burnings took place before a visit by controversial pastor Terry Jones of Florida, whose name was synonymous with the news reports on the burnings, even though he denied having anything to do with it. And indeed, he had nothing to do with it.

At the time, an indignant “group of local imams” met with “several attorneys,” who gave them “legal advice” in a plan for a “new law making it illegal to burn or desecrate holy books.” Additionally, the imams reportedly planned to “collect signatures of supporters before addressing the City Council to inquire about making a new city ordinance,” as reported at Dearborn’s Press & Guide.

Gov. Rick Snyder chimed in, referring to the Quran burnings as “terrible events,” while speaking with “50 Arab-American leaders and Dearborn Mayor Jack O’Reilly,” who called Terry Jones’ rally “unAmerican,” in the news report below.

Watch a local news report discussing the “crime of pure hate.” In the report, Husham Al-Husainy refers to the act as “terrorism.”

Cartoon of the Day: Obama getting out the vote
Next Post
Is the border crisis eroding Obama’s popularity with black Americans? 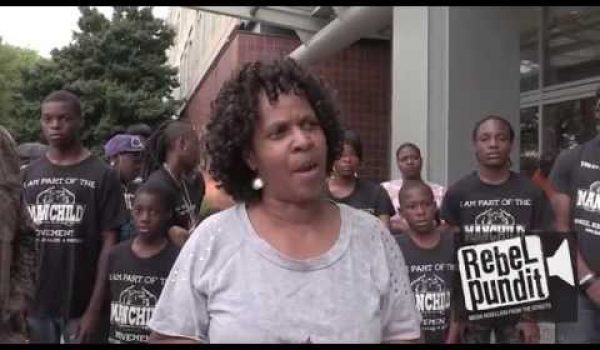