In a major surprise, the American Federation of Teachers (AFT), the country’s second-largest teachers union, opened its biannual convention Friday by announcing a step back from its support for Common Core education standards.

The group, gathering in Los Angeles, announced that it will now provide monetary grants from its Innovation Fund for teachers who want to critique the standards or even write entirely new ones themselves.

The AFT’s executive council is also introducing a resolution, to be voted on at the convention, which would declare that the standards had noble intentions but have fallen short due to outside meddling and an inordinate focus on standardized tests.

The announcement came as part of a general opening address by AFT President Randi Weingarten.

Some of you in this room think the standards should be jettisoned. Some of you, myself included, think they hold great promise, but they’ve been implemented terribly.

With that in mind, Weingarten went on the say, the AFT was willing to offer support funds for teachers who want to improve, modify, or otherwise change the content or implementation of Common Core.

Weingarten’s focus on criticizing Common Core’s implementation as opposed to actual content is understandable, as AFT was closely involved in the standards’ creation. While encouraging teachers to simply modify parts of Common Core falls short of outright disavowing the standards, though, widespread rewrites of Common Core could also eliminate the “common” nature of them that encouraged their adoption in the first place.

Common Core has aroused its most notable opposition on the right from activists who claim the multistate standards constitute a federal takeover of education and object to particular components of the standards.

However, it has also seen increasing opposition on the left as well, particularly from a new faction of almost 100,000 left-wing teachers calling themselves the Badass Teachers Association, many of whose members are also a part of AFT. Such teachers typically object to how the standards further entrench the role of standardized tests in education and oppose using such tests to implement merit pay or fire teachers for alleged ineffectiveness.

A year ago, AFT had called for a halt on using Common Core-derived tests to evaluate teachers or determine whether students advance a grade.  This new, more general condemnation is an evolution from that demand.

If AFT’s efforts transform into wider opposition to Common Core on the left, it could doom the controversial standards by allowing forces on the left and right to ally against them in state legislatures around the country.

Going into the AFT’s convention, a leading question was whether the organization would follow its colleagues at the American Education Association (AEA), the country’s other large national teachers union, in demanding the resignation of Secretary of Education Arne Duncan. A similar measure is not currently on AFT’s agenda, but is expected to be introduced sometime over the weekend.

Weingarten’s speech included her own sharp criticisms of Secretary Duncan:

We need a Secretary of Education who walks our walk, and fights our fight. We are deeply disappointed that this Department of Education has not lived up to that standard.

A loud cheer rose from the crowd when she mentioned the AEA’s call for Duncan’s ouster.

TSA allowing illegals to board planes without valid ID: What could go wrong?
Next Post
Picture of the Day: Judge gives shoplifter unusual sentence, could be strong crime deterrent 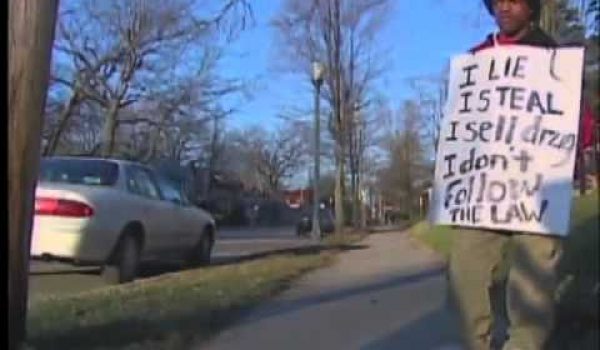