During an interview on ABC News Friday, former Secretary of State Hillary Rodham Clinton rationalized her huge speaking fees by explaining that every dollar has been “donated to charity” since she left office. By charity, she was referring the Clinton Foundation.

All of the fees have been donated to the Clinton Foundation for it to continue its life-changing and life-saving work. So it goes from a foundation at a university to another foundation.

Her statement was in response to criticism she’d received lately over her family’s wealth in general, and particularly her exorbitant speaking fees, reported to average $200,000 per appearance.

The foundation, fully titled the Bill, Hillary & Chelsea Clinton Foundation, has collected between $750 million and $1.7 billion since the Clintons left office, according to The Wall Street Journal. Its aim is to help with “economic development, global health, climate change, and empowering women and girls,” writes CSM.

The latest Clinton uproar began last month when she claimed that she and former President Bill Clinton were “dead broke” when they left the White House in January of 2001. She made the claim during an interview with ABC World News anchor Diane Sawyer.

It was later revealed that she’d received an $8 million advance from a book publisher just prior to the end of Clinton’s second term, according to National Review Online.

The furor came to a crescendo last week when University of Nevada at Las Vegas students demanded that she return her reported $225,000 fee for an upcoming speech there scheduled for October, according to Business Insider.

“We really appreciate anybody who would come to raise money for the university,” said Daniel Waqar, the student government’s public relations director the Insider reported. “But anybody who’s being paid $225,000 to come speak, we think that’s a little bit outrageous. And we’d like Secretary Clinton — respectfully — to gracefully return the money to the university or the foundation.”

When asked to respond to the students’ plea during the ABC News interview, Clinton made no suggestion she would do as they’ve requested. Clinton said that as she travels the country speaking, she is presenting new ideas to help strengthen the economy, which in turn, will help lower income inequality.

“It’s been my experience,” Clinton said, “That they’re not worried about my speaking or my household, they’re worried about their own. And that’s the kind of debate I think I’m furthering as I go around the country speaking.”

And presumably it will continue to cost a cool 200 Gs to participate in that debate she’s furthering.

Ukrainian woman detained at border in maximum security prison as MS-13 gang members allowed in US
Next Post
‘Meh,” says Jeh when asked if illegals will be deported 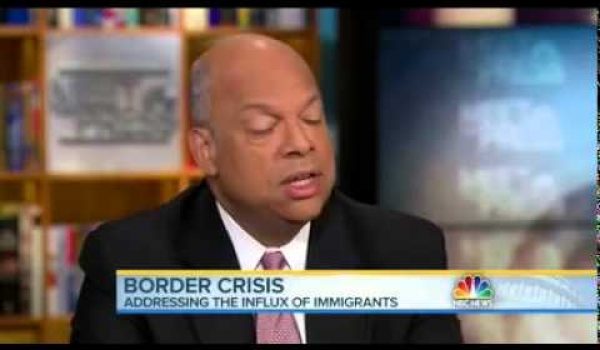