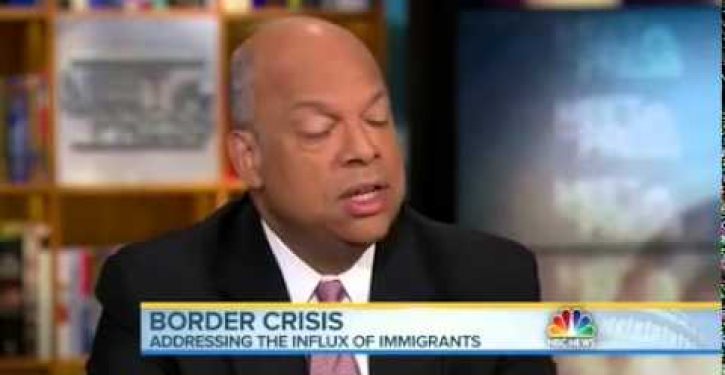 Secretary of Homeland Security Jeh Johnson appeared on Sunday’s “Meet the Press,” where he was asked point blank by host David Gregory whether “most of these children that have seen in this disparate situation stay in America or will they be sent home to Central America.”

It was an either-or question, but Johnson came up with a third alternative. After stating that “a deportation proceeding has started against anyone who entered illegally” (which as Weasel Zippers notes “is fundamentally disingenuous, as the ‘deportation proceeding’ is not the same thing as being deported, [and] one could be found to be a refugee and stay”), he acknowledged that the administration is exploring “alternatives.”

Hillary says $200,000 speaking fees go to ‘charity’ — meaning the Clinton Foundation
Next Post
What Obama could have done differently to avert the border crisis