Not counting the permanent Marine contingent at embassy, at least 600 more troops in-country…

Despite his personal vow that there would be no American boots on the ground in the wake of the ISIS terrorist army crushing the Iraqi National Army at every turn in recent weeks, Barack Obama has ordered hundreds of additional members of the U.S. Armed Forces into Iraq. As reported by Fox News, the government-controlled Voice of America, The Military Times newspaper (which despite the name is independent of the Pentagon), and CNN, since Obama’s proclamation there has been a slow, steady, and very quiet increase in the number of uniformed personnel in the embattled nation.

With a rather conspicuous Marine Corps One ominously in the background, Barack Obama promised the country on June 13, 2014: “We will not be sending U.S. troops back into combat in Iraq…” Despite the Marine helicopter temporarily pulling duty as the world’s most high tech and expensive theatrical prop, at least 600 more troops have been sent in-country since the Commander-in-Chief promised he would do no such thing.

The latest figure is two hundred more American troops just hitting the ground in Iraq, reportedly not only to “reinforce security at the U.S. Embassy in Baghdad,” but with the added responsibility of defending the Baghdad International Airport located in the western outskirts of the city. With U.S. servicemen now assigned to the airport, that puts our troops perilously close to ISIL (Islamic State in Iraq and the Levant/Greater Syria) forces just 25 miles to the west in the now occupied city of Fallujah.

Two days after Obama promised the nation that no additional troops would set foot on Iraqi soil, it was announced that “about” 100 Marines and soldiers were being sent to the Middle Eastern nation, ostensibly to beef up the Marine Security Guard detachment assigned to defend the largest U.S. diplomatic mission on the planet. Although the total number of Leathernecks assigned to any given embassy or major consulate is classified, it is widely understood that Baghdad has between 60 to 100 Marines permanently assigned.

Late last month it was reported that 300 more military personnel were ordered to Iraq “to strengthen government security forces and help establish joint operation centers to combat ISIL.” Supposedly, the Special Forces troops are there to train and advise Iraqi troops loyal to the Baghdad government.

The usually Obama-friendly Baltimore Sun recently published an editorial/opinion piece warning against Obama taking a Vietnam-style “first step down a long, steep slippery slope into further entanglements.” The total number of American troops sent to Iraq since Obama pledged not to is almost the same amount of Marines that comprise a fully manned and combat trained infantry battalion. 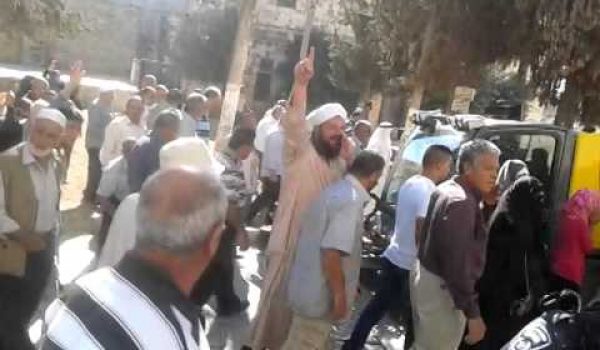 ‘Three Shalits’: This is where the Palestinian mothers were
Next Post
How Hobby Lobby protects liberals from the ‘religious right’