A Chinese paper company’s decision to open a plant in Virginia reflects a larger strategy to bring more of China’s business to the United States. The prospect of reaping $30 million-plus from Virginia taxpayers — and millions more through a federal immigration program — sweetened the pot for Shandong Tranlin Paper Co., Ltd.

“We are at the beginning of a new chapter in the Chinese economy: the age of outbound private investment,” notes Dan Redford, vice president of investor relations at Civitas Capital Group. “Currently, there is $4 trillion of private wealth sitting around in China” he adds.

Yet the $5 million is just a token down payment to Tranlin, which the McAuliffe administration describes as “a leading pulp and paper company.”

“The $5-million Opportunity Fund grant certainly didn’t move the needle on a $2 billion decision,” said Greg LeRoy, an analyst at GoodJobsFirst.org. “That’s why we call such subsidies ‘photo opportunity funds.’”

Bigger money will come through a host of tax breaks and subsidies from state and local governments.

Vince Barnett, spokesman for the Virginia Economic Development Partnership, said Tranlin would be eligible for up to $31 million in state assistance, including job-training funds and a long list of targeted tax breaks. Will Davis, executive director of the Chesterfield Economic Development Department, added that by locating in the county’s “Technology Zone,” Tranlin stands to qualify for machinery and tool rebates, as well as waivers on building inspection fees.

Foreign-based conglomerates enjoy additional subsidies if they generate more than half their revenue from outside Virginia, as Tranlin does.

Peng told the Washington Post it was “very possible” that Tranlin eventually would tap into the federal EB-5 program, which issues U.S. green cards to foreign investors. “The nice thing is, the potential funds coming out from the EB-5 would be a very small portion, probably less than 10 percent … of the entire project,” Peng said. At up to $1 million per investor, EB-5 proceeds can pile up quickly.

Tom Watkins, a Michigan businessman who has studied China’s business practices for the past 30 years, said:

The Chinese are looking to move their resources. What better way to do it than to buy a green card?.

Chinese individuals are more and more looking for ways to get their assets out of China. More and more investors understand that high-exposure markets like Los Angeles and New York are becoming saturated. They are starting to look for answers elsewhere.

The McAuliffe-founded company — McLean, Va.-based GreenTech Automotive — has used EB-5 to attract foreign investment, mainly from China. Under generous rules of “contiguity,” Targeted Employment Areas can be established to lower EB-5 investment thresholds to $500,000 per foreign national. Indeed, even the White House is within a TEA, according to the Center for Immigration Studies.

“If Virginia is so great, surely no great subsidies are needed to get [companies] here,” Lotta Moberg, a Mercatus researcher, told this reporter. 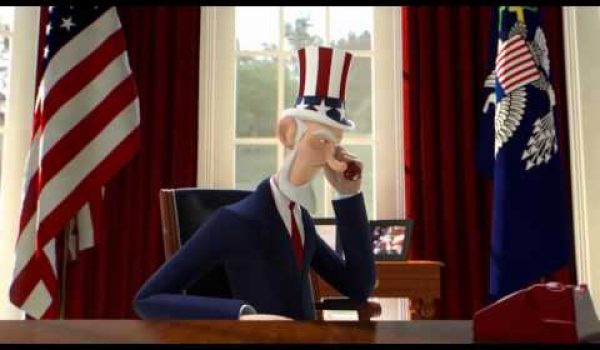