This news item involves more than meets the eye.

Western media picked up on it when Nouri al-Maliki stated publicly this week that he should have bought war planes from Britain, France, or Russia, because the planes would have been delivered faster than the U.S. aircraft Iraq is waiting for:

Mr Maliki was speaking to the BBC’s Arabic service in his first interview for an international broadcaster since Isis – the Islamic State in Iraq and the Levant – began its major offensive.

“I’ll be frank and say that we were deluded when we signed the contract [with the US],” Mr Maliki said.

“We should have sought to buy other jet fighters like British, French and Russian to secure the air cover for our forces; if we had air cover we would have averted what had happened,” he went on.

Maliki’s government has a contract for 36 U.S. F-16s – the contract for which the civilians who had to fight their way out of Balad Air Base were in Iraq.  There has been no delay in fulfilling the contract, but the planes aren’t scheduled to arrive in Iraq until the fall of 2014.

The first group of 10 Russian jets arrived on Saturday 28 June, however.  The aircraft are Su-24 “Fencer” ground attack jets.*

Of perhaps more importance is the point that you don’t just buy jet war planes and have someone hop in and go.  Iraq doesn’t have a ready cohort of trained Su-24 pilots or ground crew.  Someone else will have to fly the planes in combat, prepare them for each sortie, maintain them – and plan their use in the overall fight.

This means that another nation – probably Iran, possibly Russia and/or Syria – is entering the fight in Iraq in a new and fully committed dimension.

Strictly from the point of view of aircrew expertise, there aren’t actually that many air forces that currently maintain proficiency with the Su-24.  If it isn’t Iran, Syria, or Russia, Algeria and Kazakhstan are the only other realistic possibilities: nations that use the Su-24, may have the pilots to spare, and might volunteer to get them some real-world experience in this particular fight.

One reason Iran is the best bet is that Maliki is also reportedly negotiating the return of dozens of Iraqi air force aircraft that were evacuated to Iran in the days before the Desert Storm invasion in 1991.  Su-24s were among those aircraft, which also included MiG-29s and French F-1 Mirage fighters.

There are three factors in Iraq’s lack of experienced jet aircrew.  One is the substantial loss of aircraft in 1991, which left the Iraqi air force with very little to fly.  Another is the enforcement of the UN no-fly zone from 1991 to 2003, which severely limited the scope of what Saddam’s remaining jet aircraft could do even after Desert Storm was over.  The third is the fact that most of the elite aircrewmen of the Saddam era were Sunni loyalists, whose services were not necessarily sought or accepted after 2003. Those who are still alive are, in any case, 23 years older now.

But even from a more general perspective – air campaign planning, day-to-day combat direction – the Iraqi air force doesn’t have the infrastructure to manage or man an air war against ISIS using jet planes.  Bringing in jets and incorporating them in the fight represents a significant expansion of the campaign, and it’s one that Iraq’s government literally cannot run by itself or retain control of.

In fact, the investment being made by Russia and Iran is what I envisioned nearly three weeks ago when I wrote this:

But conditions in the region are almost certain to change, as much as they need to, to defeat ISIS.  All three of Bashar al-Assad, Tehran’s mullahs, and Russia have reason to intervene to beat back the ISIS insurgency.  (There’s a significant presence of Chechens and Dagestanis – bane of Moscow – in the ranks of ISIS.  For the security of her entire southern flank, Russia needs to see the ISIS effort crushed.)

The air war functions now as a lens focusing the priorities of Moscow, Tehran, and Damascus into a unified strategic view.  The Maliki and Assad governments have a common objective in using air power against ISIS, and the geographic elements of their common fight are too obvious to be missed.  Syria and Iraq form a single battle space: especially so from the perspective of Assad’s patrons in Moscow and Tehran.  Assad and Maliki have an obvious need to coordinate the air war against ISIS, and their (now) common patrons, Russia and Iran, are the obvious means to facilitate that.

The Iraq conflict is turning right now into a fight that will redraw borders, and Russia and Iran are both positioning themselves to exert the principal influence on the outcome – if they can.  It will probably take Americans a while to realize what’s going on.  But this, in effect – this introduction of an air war that Maliki has no means of remaining in control of – is the shift that makes any further deliberations over the character of his government meaningless.

Trying to get him to reform will be much like trying to get Bashar al-Assad to reform: a pointless exercise, because Maliki’s viability doesn’t rely ultimately on satisfying the United States, and perhaps not even on keeping his Shia base happy.  His viability is now tied to his utility to Iran and Russia.

Keep in mind going forward that life under the clients of Russia and Iran looks like the Syrian civil war and southern Lebanon (the latter of which is basically one big hostage community being used as a human shield for Hezbollah’s weapons caches and safe-houses).  The game-changing commitment of these two nations in Iraq isn’t likely to bring quick decision or resolution.  That kind of consummation, in the modern age, has been a rare artifact of American power.

The Russia-Iran shift may well flush out (i.e., expose) or solidify support for ISIS; there are regional actors both near and far – Turkey, China, the Muslim Brotherhood – who have no interest in seeing Russia and Iran determine the future of Iraq and Syria.

What we can probably count on is an increase in the bloodshed, at least for the near future.

* They are being erroneously referred to by many news agencies as “fighters,” but they are not air-superiority fighters designed for aerial combat.  They’re optimized for attacking targets on the ground.  They’re not precisely “bombers” either; if anything, they are more like the A-10 or C-130 gunship.  They have a limited self-defense capability if they carry air-to-air missiles, but their guns are shoot-down cannons mounted under the fuselage — not meant for aerial combat — and their weapons mount configuration is optimized for air-to-ground missile, rocket, or guided-bomb attack.  Assuming they see actual use in Iraq, going after ISIS could be the most informative test in 30 years of the Su-24’s close air support capabilities.

Left’s hilarious new meme: Palin had missing emails too!
Next Post
The 5 most outrageous things said by House Democrats at IRS hearings 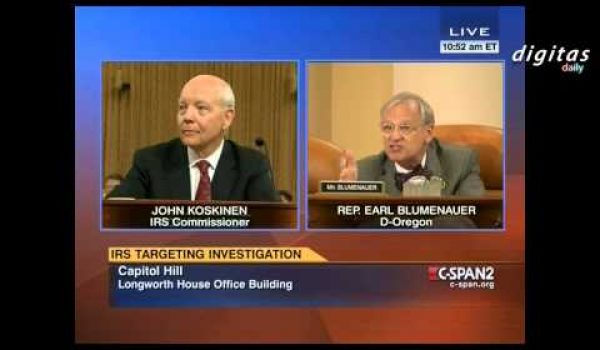