They may have to try a little harder than this.  But then again – watch MSNBC.  I’m betting this starts cropping up in the commentary there.

Mediaite got the ball rolling on Saturday with the headline “Guess who else had mysteriously missing emails: Sarah Palin.”

Matt Wilstein took Palin to task for comparing the missing Lois Lerner emails to the 18.5-minute gap in the Nixon White House tape, pointing out that there were emails missing from the gigantic dump of Palin’s gubernatorial emails released by Alaska in 2011:

Perhaps Palin forgot what it was like to be the subject of a similar investigation exactly three years earlier after her office released her emails to the press. On June 13, 2011, the Anchorage Daily News reported that “Nearly a month of former Gov. Sarah Palin’s emails are missing from the documents released to media organizations last week, a gap that raises questions about what other emails might also be missing from what’s being nationally reported as her record as Alaska governor.”

According to the documents Palin’s office provided, she sent no official emails from between December 8, 2006 and December 29, 2006, in other words her first full month in office. As the paper put it, “That means zero emails during a period during which, among other things, Palin put out her proposed state budget, appointed an attorney general, killed the contract for a road out of Juneau and vetoed a bill that sought to block state public employee benefits to same-sex couples.”

If the IRS deliberately destroyed evidence of wrongdoing by “losing” emails, that would be unacceptable. So far, there is no concrete evidence that that is what happened. Similarly, Palin’s camp never offered an explanation for the missing emails from her office and we will likely never know if they were intentionally trying to hide specific actions.

Either way, Palin’s decision to focus her anger on missing emails has more than a whiff of hypocrisy.

But, of course, Palin’s emails weren’t missing, and no one claimed they were.  The differences between the Palin email situation and the Lerner email situation make them non-comparable in every way.

1.  The Palin email dump was made by the office of the governor of Alaska (in June 2011, the governor was Sean Parnell) in response to a public records inquiry from civilian activists and the Anchorage Daily News.  The requesters had no power or standing to officially investigate Palin.  It was a fishing expedition by members of the public with no legal charter of any kind.

The Lerner email records were subpoenaed by the U.S. House of Representatives, as part of an investigation that could result in referring Lois Lerner and other IRS officials for criminal charges.

2. No one in Governor Parnell’s office ever claimed that any Palin emails were missing.  It was always clearly understood that the governor’s office did not release all of the emails from Palin’s accounts during her tenure in office.  Over 24,000 pages of emails were released, but some 2,400-odd were not released, due to privacy and executive privilege concerns, and Parnell’s office was forthright about that from the beginning.

In fact, after the Anchorage Daily News pointed out the nearly month-long email gap in December 2006 – which affected one official email account – Parnell’s office went back and found 54 more pages of emails to release from that period.  Only two of the emails were sent by Palin; the rest were sent to Palin by staffers.

This outcome was consistent with the original statement by Parnell’s staff that Palin had hardly used the official account in question during December 2006, her first month in office.  (See first ADN link, and indeed every other story filed in June 2011 covering the release of the Palin email trove.)

In the Lerner case, by contrast, the IRS has specifically claimed that nearly two years’ worth of Lerner’s – and six other officials’ – emails were simply lost.  The IRS explanation of how this happened is the textbook example of a cockamamie story, involving catastrophic failures that are basically impossible, and alleged IT actions that violated not just mandatory procedure but sane and proper IT practice.  (See here and here.)

It should go without saying, but let’s clarify it anyway:

In Palin’s case, some public observers have interpreted the selective release of Palin’s emails by Parnell’s office prejudicially.  There are no “missing” emails; there are only emails that haven’t been released to the public — and we don’t even know how many of them are from December 2006.

In Lerner’s case, the emails wouldn’t be released to the public anyway.  (Some might be, but there is no obligation on the part of the IRS or Congress to let the public view them.)  The claim has explicitly been made by the releasing agency – the IRS – that there are emails missing; we know the period those emails are from; and the claim is in response to a binding legal requirement to turn them over to Congress.

One of these things is not like the other (except insofar as they both involve emails).  The leftosphere may be trying to make a case for hypocrisy on the right, but it has succeeded only in demonstrating its own incompetence to make a valid analogy. 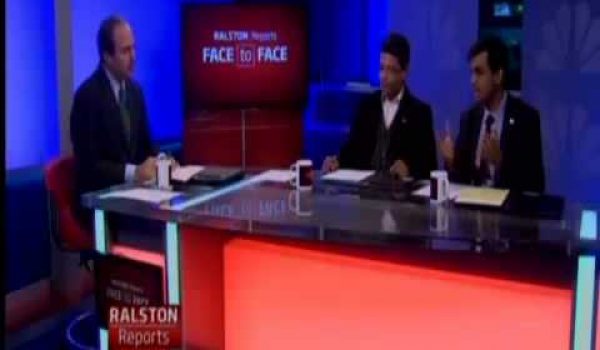