What role is the Affordable Care Act having on U.S. health care spending and the GDP? That depends on whom at the White House you ask and when you ask it. Here is Press Secretary Josh Earnest fielding a question from Fox News’s Wendell Goler, who asks whether — in light of yesterday’s report of an unexpected first quarter economic contraction — the administration had “misread the impact of Obamacare.” The transcript follows:

What we have … seen is a variety of metrics indicates that the costs of health care, as measured in a variety of different ways has slowed. That is part of what the President views as addressing one of the root problems of our health care system. Which is that the growth in costs of our health care system was rapidly outstripping even regular inflation and that was having a terrible impact on our economy. It was restraining job growth and it was even having a pretty bad impact on our deficit. So we are pleased with some of the early indications about the impact of the Affordable Care Act has had on lowering costs for businesses, lowering health care costs for consumers and families, and even having an impact on the cost of health care that’s paid by the government. Which has been good for our bottom line, good for our nation’s deficit. We are pleased by the positive impact of the Affordable Care Act and we are going to continue to implement that law in the way that it maximizes benefits for people, including in ways that have a positive impact on the cost of health care.

Here is the same reporter in the same setting asking essentially the same question. The only difference, apart from the identity of the White House Press Secretary, which at the time was Jay Carney, is the date, April 14. Listen to Carney’s answer:

[I]t was consumer spending on health care that helped drive economic growth in the first quarter and that is directly related to the increase in people who have insurance because of the Affordable Care Act. We also saw — and this has been misunderstood and therefore misreported — the fact that health care inflation, which is a separate animal from health care spending — health care inflation remained historically low. And what that means is that more people are buying a product or spending money on a product, but the cost of that product remains — that the increase in the cost of that product remains at a historically low level, inflation remains at a historically low level, which is what we’ve seen since the passage of the Affordable Care Act, which is obviously — directly contradicts the Republican Party talking points, which goes to the issue of repeal, which remains the primary agenda item of the Republican Party in which increasingly is opposed by a majority of the American people who would rather see the Affordable Care Act effectively implemented and proved than see it repealed.

Va. election board to reconsider expired photo ID rule
Next Post
Video: ‘Are there any actual real victims’ of IRS scandal? 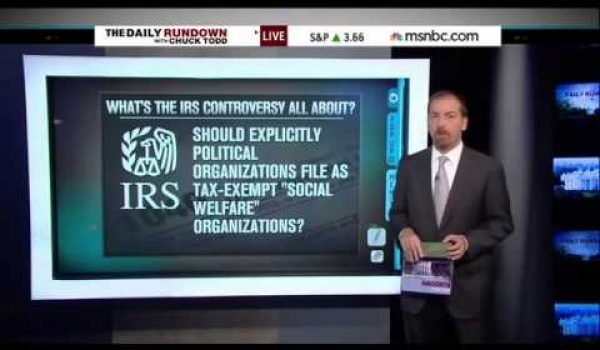