Sometimes the unmitigated ignorance displayed by liberals defending the Obama administration’s abuse of power is inexplicable, even by MSNBC standards. MSNBC host Chuck Todd usually offers prime examples of sophomoric commentary and opinion at levels not seen since Junior High.

The most recent example is Todd questioning whether the IRS scandal has produced any “real victims,” or whether it is simply a partisan witch hunt.

Amazingly, I can never understand how these people don’t see the flip side of the coin. Abuses of executive power, left unchecked, can happened on any side of the political spectrum. An IRS used against opponents of the party in power can just as easily be used in the opposite direction down the road. Isn’t an honest, open government better for everyone? I can’t believe I’m asking that with a straight face considering we’re in the midst of the most transparent administration in history.

Here’s the transcript as provided by Newsbusters:

CHUCK TODD: Time now for my “Takeaway.” The controversy surrounding IRS may be more than a year old but of course we’re still talking about it. On Monday, the IRS Commissioner testified before Congress. A week after the IRS told Senate investigators that two years of e-mails disappeared in a computer crash back in 2011. While this certainly doesn’t make the Obama administration nor the IRS look very good, it’s important to remember what this actual story is about because it’s gotten lost.

The question at hand is whether explicitly political organizations should be filing as tax exempt social welfare groups under the tax code and both political parties are pointing blame. Republicans say that just conservative-sounding groups were targeted by the IRS. That’s why they want to see the e-mails. Democrats have responded by claiming, hey, liberal groups were targeted, too. But here is the story many are missing. Why should primarily political organizations get a taxpayer exemption, basically get a handout from the tax code? Both sides are in an uproar because they couldn’t take advantage of a borderline shady way to raise money for political purposes or launder money for political purposes.

So while the IRS is certainly not a good guy here they have been terrible about being forthcoming. Are there any actual real victims? [Emphasis added] Folks, this scandal is not black and white since frankly two wrongs don’t make a right. We know what really is working here for Republicans. Beating up the IRS, good for the base. Good politics there makes for great fundraising e-mails. But let’s remember what the controversy itself is about.

Chuck Todd, I hope you never leave us. 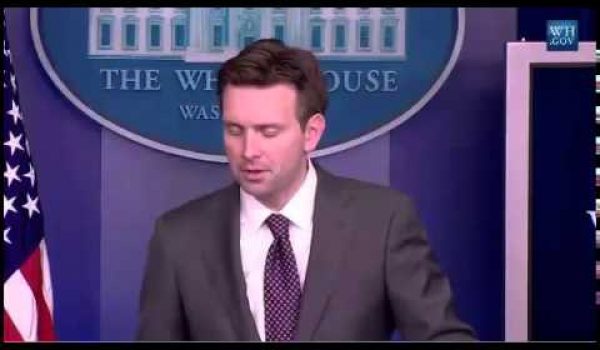 White House tries to have it both ways on Obamacare spending and GDP
Next Post
Video of mother violently beaten as toddler son tries to intervene, passersby look on