This became evident during the “Ridiculist” segment of his show “Anderson Cooper 360,” which focuses on the offbeat. The segment on last evening’s show focused on an American exchange student who became wedged inside a 32-ton marble sculpture of a vagina in the German town of Tübingen. Eventually, firefighters were able to free him.

The story has an almost inexhaustible range of comedic possibilities … unless you have trouble with nasty, icky words, as Cooper does.

“Before you start blowing up my Twitter feed,” he giggles like a schoolgirl at one point, “know that I am not making fun of women or female anatomy in any way. I am making fun of a guy who got stuck in a sculpture,” adding:

Look, I am certainly no expert on the topic of [pause] vaginas, artistic or otherwise. They really aren’t my wheelhouse, so to speak.

Oh, I get it: You’re a homosexual, and you want everybody to understand that the mere thought of coitus with a woman is so repugnant that you can’t bring yourself to talk about her you-know-what.

Somehow, I get the sense this is all supposed to be charming. It is not. Neither is it refreshing, liberated, 21st-century, or any number of attributives that might be appended to it … except for sad. A grown man who can’t utter the anatomical name of a body part on television has no business being there. 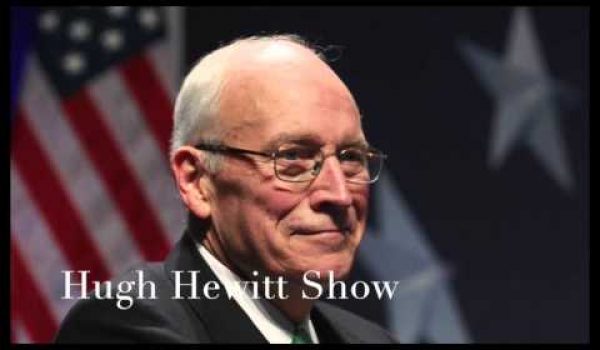 Dick Cheney predicts the mother of all terrorist attacks will hit U.S. by 2020
Next Post
LU’s J.E. Dyer on Larry Elder: Wednesday 25 Jun