The Obama administration’s foot-dragging on the Keystone XL pipeline may be pleasing environmentalists but it’s damaging economic and political ties between the U.S. and its biggest trading partner: Canada.

The Canadian government has been lobbying the Obama administration to approve the pipeline for years now, but the White House has been bowing to environmentalist pressure instead by continually delaying its decision on the project.

“I think Keystone has hurt US-Canadian relations quite a bit,” said Kenneth Green, senior director for the Center for Natural Resources at the Canadian think tank the Fraser Institute. Green added:

Canadians are very aware that they’re being snubbed in the one market that is almost 100 percent of the market for exporting oil, but is a market ostensibly protected through NAFTA, which was put in place to specifically make sure that the US had access to Canadian oil, and now the US is basically ignoring it now when it’s convenient. So it seems on a number of fronts Canada is reasonably insulted by the US decision.

The Obama administration has been reviewing the Keystone XL pipeline since 2008, more than 2,100 days. Canada’s conservative-led government has been pushing hard for the pipeline to be approved in order to export oil sands from Alberta to Gulf Coast refineries.

Republicans and some energy state Democrats have joined the Canadian government and the oil industry in lobbying for the approval of the $7 billion pipeline project, arguing that the pipeline would increase North American energy security and boost the economy.

The jobs, economic activity, and energy security that the Keystone XL pipeline will provide are clearly in the public interest. It’s time to move forward.

Republicans are united on Keystone XL. We will work to advance this for the good of the country, but the Democratic majority leader [Harry Reid of Nevada] is the only person who can bring it up for a vote before the full Senate. The ball is now in his court.

But the Obama administration’s foot-dragging is hurting political and business relations with America’s friendly northern neighbor. If the U.S. doesn’t want more oil sands, then Canada will sell its valuable natural resources to other buyers.

TransCanada, the company behind Keystone XL, may also move ahead with an $11 billion pipeline to Canada’s east coast. The Energy East pipeline would be the largest oil pipeline in North America and transport 1.1 million barrels of oil from Alberta to the east coast of Canada per day — Keystone XL would move 700,000 barrels per day.

Also of note is that pipelines to Canada’s coasts have galvanized support from Canadian politicians who are opposed to the Keystone XL pipeline.

We view the Energy East project a step in the right direction. It’s also forcing Canadian politics to respond in an unnaturally rapid way to changes in oil production, so even though Canada was inevitably going to look to coastal access to export to China and so forth, they’re having to do negotiations now with a greater sense of urgency … and possibly crowding out and competing against other resources, like moving minerals and moving food.

That wouldn’t happen if the market had been allowed to dictate the pace of change and where the oil was going.

Moving oil to the Canadian coastlines would be a huge blow to U.S. refiners who could now see more oil sands be refined in Canada or go overseas rather than to Gulf Coast refineries.

“There’s a huge growth opportunity, and Canada has a very long pacific coast with lots and lots of things that Asia would like to buy. So there’s a certain logic to that,” Green said.

But the Obama administration isn’t even considering the economic impacts of the pipeline in its approval. Instead the president said the pipeline’s approval would be based on its global warming impacts.

Last summer, President Obama said he would only approve the Keystone pipeline if it did not significantly add to U.S. carbon dioxide emissions. The president then proceeded to downplay the job creation potential of the pipeline in an interview with the New York Times, claiming:

Republicans have said that this would be a big jobs generator. There is no evidence that that’s true. The most realistic estimates are this might create maybe 2,000 jobs during the construction of the pipeline, which might take a year or two, and then after that we’re talking about somewhere between 50 and 100 jobs in an economy of 150 million working people.

But Obama’s figures run counter to estimates from his own State Department, which reported last year the pipeline would create 42,100 direct and indirect jobs during the pipeline’s construction — but only 35 permanent jobs after the construction.

TransCanada has said the project would create 20,000 jobs, including 8,500 in construction and 3,000 for pump stations.In 2010, TransCanada commissioned a study which found the pipeline would create 120,000 jobs, which included indirect jobs in other industries such as hotels, restaurants and transportation.

But Obama has pledged to approve the pipeline based on its global warming impact alone and encouraged anti-pipeline environmental groups to put out their own studies saying the pipeline would significantly add to U.S. carbon dioxide emissions.

One study by the Sierra Club claims oil sands is the world’s “dirtiest” source of oil in terms of carbon emissions, meaning the Keystone pipeline would fail the president’s “climate test.”

“Keystone XL is a climate disaster. The president set a tough climate test for the pipeline, which it clearly fails to pass. There is no wiggle room here, Mr. President,” said Michael Brune, the club’s executive director.

The Sierra Club’s report, however, runs counter to the State Department’s final analysis of the project, which found that Keystone would not significantly add to carbon emissions as oil sands would be extracted and brought to market even if the pipeline was not approved.

Despite the State Department’s finding, the government once again kicked the approval date down the road in its last announcement back in March. There is not likely to be a decision on the pipeline until after the elections this fall.

“This is once again politics at its worst,” said Terry O’Sullivan, general president of the Laborers’ International Union of North America: 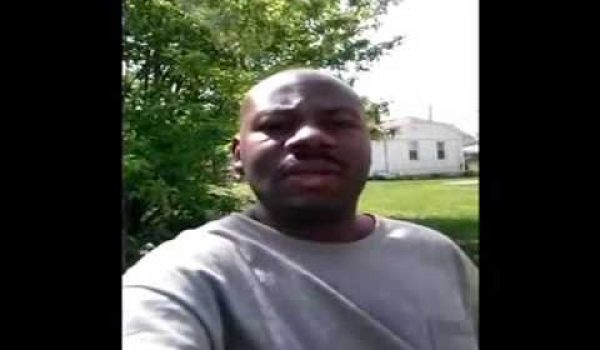 Video: ‘Will Negroes riot if Obama get [sic] impeached?’
Next Post
At last: Some superlatives for Joseph R. Biden, ‘poorest man in Congress’ 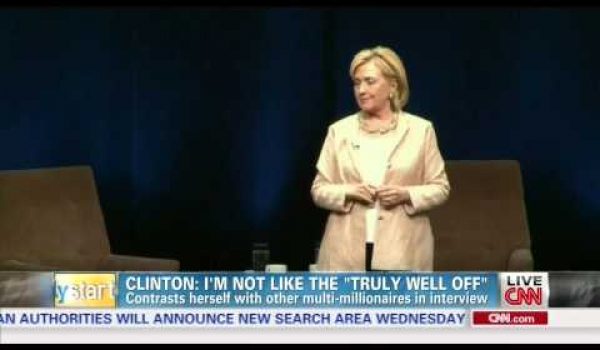