While researching the arguments for a gun control debate, 18 year-old Andrew Lampart, a senior at Nonnewaug High School in Connecticut, attempted to access the National Rifle Association website, but found that it was blocked.

Puzzled, Lampart started experimenting. Sure enough, he could access the State Democrat website, but not the but the State Republican website. He could access pro-choice websites, such as Planned Parenthood, but pro-life websites were blocked. Digging deeper, he found that sites such as Christianity.com and the Vatican’s website were both blocked, but he had no problem accessing Islam-guide.com.

Lampart “alerted the Superintendent of Woodbury schools to the situation but, after a week, nothing was done,” as reported Tuesday at the local Fox affiliate. So on Monday, he went to the Board of Education. In an email, Board Chairman John Chapman was quoted as saying that Lampart “has raised an important issue that warrants further investigation.”

Andrew Lampart could have found something and dismissed it. Instead, he kept digging. And when the Superintendent did not address it, he went to the School Board. He also told his story to the local news. Lampart has a bright future ahead of him.

In the meantime, while it is evident that something is amiss at Nonnewaug High School, it is unlikely that the school would do anything aside from, perhaps, changing the setting to their firewall without pressure. The parents and students should demand to know who made the decision to censor websites, and they should not stop until they get answers. The students deserve a well rounded education, not indoctrination.

Update: I reached out to Dell for a statement on the allegations above. After a teleconference with relevant staff, I believe that while some websites are miscategorized, there was no intent to block websites based on political ideology. I make my case here. 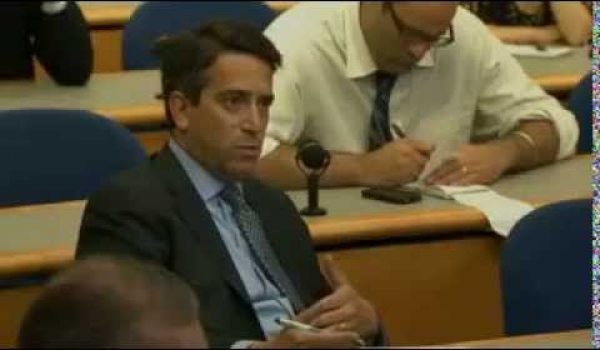