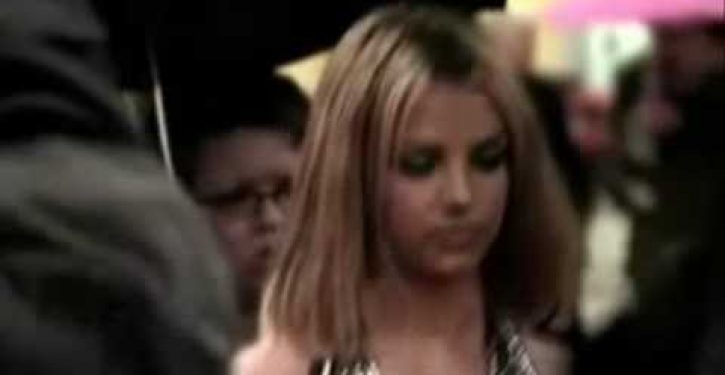 Has Brand Hillary peaked too soon? As the former first lady and secretary of state continues alienating people on her book tour, that is becoming a clear possibility. Is her long-held status as the only Democratic presidential hopeful causing Hillary fatigue to set in two years before the 2016 election?

In an attempt to answer that question, look back to July 30, 2008 when Republican presidential nominee John McCain was fighting an uphill battle against a freshman senator named Barack Obama.

If you recall, that phase of the campaign was the “Messianic Period,” when the high command of McCain’s campaign sarcastically referred to Senator Obama as “The One.” At that time most of the media, the nation, and the world were at the feet of this unproven, inexperienced mega-celebrity who was on the verge of becoming the next President of the United States.

To vent its frustration and make light of Obama-mania, McCain’s campaign produced a memorable television ad.

Here was the script and political fallout as described by CNN:

“He’s the biggest celebrity in the world. But is he ready to lead? With gas prices soaring, Barack Obama says no to offshore drilling and says he’ll raise taxes on electricity. Higher taxes, more foreign oil — that’s the real Obama,” the ad’s narrator says while crowds screaming, “Obama!” are shown.

McCain was widely criticized by the Obama campaign and the media. (Was there even a difference between those two entities?)  But this ancient political history may hold a key to a fame-obsessed culture where celebrities and power-hungry politicians develop into “brands” to sustain and project their fame.

Their brands rise and fall with popularity and, like consumables, have an expiration date when they are taken off the shelf or screen, or lose an election.  Clever celebrities and politicians can sometimes outmaneuver an impending expiration by reinventing themselves.

With all that in mind, consider the industrial-strength mega-brand of Hillary Clinton.

Clinton is also one of the biggest celebrities in the world and that is the perfect brand platform from which to launch a second presidential bid.

To test the viability of her current brand, and to practice running for president, Clinton has embarked on a media tour for her new book “Hard Choices,” bringing her rejuvenated face, Benghazi defense, and sob story of being “dead broke” to every TV screen and handheld device.

This extensive media exposure, a full two years before her party’s nominating convention, creates a risk of peaking too soon for a candidate who isn’t exactly fresh news in any case.

Consider this opening paragraph from the release of the June 11 Gallup poll:

Hillary Clinton’s favorability rating has dropped slightly, although a majority of Americans continue to view her in a positive light. As Clinton publicizes her new memoir, “Hard Choices,” 54% of Americans view her favorably. This is down from 59% in February, and significantly less than the ratings she received as secretary of state, which were consistently above 60%.

Will this downward trend in favorability continue?  Is it an early indicator that Hillary’s expiration date might kick in well before 2016? Could Americans possibly grow tired of Hillary Clinton knowing that if elected president she would be in our collective faces at least until January of 2021?

Americans have short attention spans and eventually reject overexposed people and products, often in favor of new attractions and fresh faces. But consider a phone call I received this week from a close college friend who is a Hollywood producer with blockbuster film credits.

My friend is a loyal Democrat (surprise!) who actively follows politics, and he frequently calls to be entertained by my Republican viewpoints while he drives around Tinseltown. (No doubt, I am the only Republican he knows.) On our most recent call, I mentioned that I was writing about the concept of Hillary peaking too soon.

He offered an interesting contrary viewpoint:

Hillary is NOT a celebrity but an American fixture and part of the national landscape, my friend argued. Therefore, people will not “get sick of her” and she is not “going away.”  Having been on the scene since 1992 she is not just a political figure but a cultural force and a hero to women. Hillary is like a blue-chip stock, she will always endure through ups and downs. She has managed to stay relevant and become the most prominent woman in the nation. Throughout the years Hillary has matured and gathered more experience.  Thus, I am “totally off base” with my premise that she could even have an expiration date and I am exhibiting Republican wishful thinking.

You don’t succeed in Hollywood without understanding popular appeal, and there is much truth in what my friend said.

But more than two years is an eternity in politics, especially for a candidate who has already been considered the frontrunner for years. Hillary’s handlers face a major challenge in limiting overexposure and keeping her brand fresh. The book tour, where Hillary has already gotten chilly receptions from decidedly non-conservative interviewers like Terri Gross and Diane Sawyer, suggests this is not going to be easy.

As for 2008’s “biggest celebrity in the world,” I am still amused by the question raised in the ad, “But can he lead?” The answer has been a resounding “no,” and Brand Obama – having outlived Election Day 2008 and avoided a product recall in 2012 – now has very little to offer Obama’s successor.

Just how much Hillary mixes her new 2016 brand with Obama’s old damaged brand will be a marketing dilemma that Republicans will enjoy watching.