Give me your tired, your poor,
Your huddled masses yearning to  (take our handouts, and vote for us)…

We were once the beacon of freedom. We were promised a fundamental transformation in 2008. And for the past six years, President Obama has been fulfilling his promise, no matter the cost.

We have had 6 years of legislation that will hurt America. And where legislation was not possible, — which has been the case more often than not — we have had unilateral decision making that violates the Constitution.

We have had the Affordable Care Act. Years of warning how it would hurt America were met with name calling. Opponents were labeled racists, extremists, haters, or worse. Now the law has passed and it is on life support, as are the health plans Americans were promised they could keep if they wanted.

We had Operation Fast and Furious – running guns across our southern border, not tracking them, and ultimately costing the life of an American border agent.

We have had the dismissal of IG Gerald Walpin for supposed fraud, after he cited fraud by Obama supporter Kevin Johnson for mismanagement of funds.

We have had the monitoring of nearly every citizen, and that of our foreign allies, all carried out without warrants, without cause except for the security of the state.

We had our government brand reporters who disagree with them as conspirators, their computers hacked, their phone calls monitored. Eric Holder, AG of the US, told Congress he was not personally involved, and it turned out he signed the actual warrants. James Clapper, Director of National Intelligence, testified to Congress that no such monitoring was happening.

The list — and the beat — go on: Benghazi, the IRS, the trade of give high-level Taliban members for a deserter, the arrogant off-mic promise of the president to gain more flexibility after his re-election.

What America did not know was that the fundamental transformation would happen demographically through illegal immigration. The President has ignored immigration law, and under the auspice of policy change has done another end run around Congress, which defeated his DREAM Act.

The current situation rivals any invasion in our history, but this one is more insidious because it is condoned, if not encouraged, by our government. We keep hearing about immigration reform, but the only reform that needs to happen is that our duly elected government follow the law, and stop ignoring it. The Congress has the power to stop this, and they refuse.

Right now, in Fort Sill, Oklahoma and at other military installations around the country, soldiers and their families have to prepare for an influx of illegal children who will be housed there. Fort Sill has a hospital, schools, daycare centers, theaters, gyms, pools, a commissary, and post exchange. Due to budget cuts, services for the families of military have been curtailed. Our commander-in-chief, who claims to respect the military, is about to introduce thousands more people to this system, which will stretch resources even more than they already are. These children will get healthcare, food, clothing, dental care, and schooling. And it is pretty clear it will all be done on the installations. They may have diseases we do not know about. You cannot even get on an installation without ID due to security reasons, but suddenly illegals will be welcome. It is said most are between 13 and 17. How long before a child jihadist is sent across our southern border, only to hope he gets sent to a military installation and can kill for “The Cause”?

This plan endangers what we hold dear – our children and families. When a service member deploys to a dark and dangerous place, he should be able to feel that his family is secure and safe, and not have to face the same dangers he does on the battlefield. Ironically our President is inviting this threat into service members’ backyard.

Congress needs to act, and they need to act now. 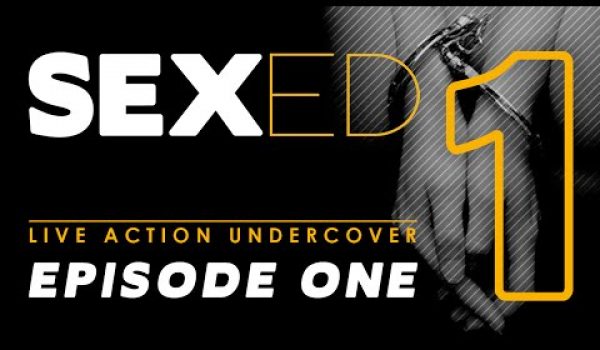