Starting in 2011, when the Obama administration gave what amounted to defacto amnesty to millions of children illegally residing in the U.S., our government has been working to ease any policies which result in deportation of children and young adults as a way to enact the DREAM Act unilaterally without congress.

As a result of these stated goals and policies, it appears that families with children living in numerous Central and South American countries have seen the pathway out of poverty by way of the U.S. southern border. I for one can’t blame them but I can blame our government for fostering this dangerous tide of children risking life and limb to enter the United States.

In the last eight months, the numbers have been staggering:

According to Customs and Border Protection, in the past eight months, agents have apprehended about 47,000 unaccompanied minors who crossed the border into the U.S. illegally from Mexico.

The CBP estimates that apprehensions of minors this year may reach 90,000. [Emphasis added]

Almost three-fourths of the children apprehended are from Honduras, Guatemala or El Salvador. And 33,470 of them entered through the Rio Grande Valley Sector, which this year surpassed the Tucson Sector as the busiest for illegal crossings.

Clearly the danger was known to administration officials that a change in U.S. border policy would result in a flood heading for greener pastures. Unfortunately for the children, not all of them will make it and most will have a terrible time even after they’ve arrived while they’re cared for in government warehouses for many weeks.

Why create such a flood of young children and teenagers into the United States? If the Democratic Party, and the Republicans for that matter, are seeking more voters, bringing in twelve and thirteen year old children isn’t going to help in that department.

The children entering the United States will ultimately be a substantial drain on federal and state resources for years, likely decades, to come. They will require not only housing and food, but also basic round the clock care since they will be unable to work and still require the company of adults.

The conditions they’re arriving at in border states are being labeled as “child abuse” in some instances because the federal government simply cannot deal with this type of influx this quickly:

The Homeland Security official told The Associated Press that about 2,000 mattresses had been ordered for the center — a warehouse that has not been used to shelter people in years.

These children are being warehoused for an unknown period of time before they can be cataloged into the system. This growing burden on resources sees no end in sight as the numbers will continue rising since there is no longer a policy in place to return children and young adults back to their country of origin.

Eventually the crisis will become large enough that congress will be forced to act, likely pushing some type of amnesty program with more funding and resources to care for and house the influx. The current system is already overloaded and unable to deal with the sheer number of children and young adults crossing the border which leads me to a question of the Cloward-Piven strategy.

Richard Cloward and Frances Fox Piven, a couple of Marxist sociologists from the 1960s, devised a strategy to overload the U.S. welfare system with the goal of replacing it with a socialist-style guaranteed income program for all. Thus, in theory, they would end poverty and expose capitalism as a scam. This type of plan was adopted by many on the left as a way to push the United States into a socialist model simply by force of too many bodies plaguing the system.

Apply the Cloward-Piven strategy to the crisis of an overwhelmed border and you have the same principle on display. If the current immigration system can be broken and chaos ensues, there will be more of a perception that Congress, along with the President, simply must act to deal with this problem. The solution will be sold as a need for a pathway to citizenship so we can get the families to follow their children over the border, thus relieving the burden of government as the keeper of hundreds of thousands of minors.

Just today, the President announced that a third U.S. military base would be open to house and care for these children:

Senior administration officials, who asked not to be identified, told reporters that an Army base at Fort Sill, Oklahoma, will initially hold 600 “unaccompanied minors” and eventually will be able to accommodate up to 1,200.

In recent weeks, the Obama administration has opened similar emergency shelters at Lackland Air Force Base in San Antonio, Texas, and Naval Base Ventura County in Southern California.

How else can this chaos be explained by rational thought? Why endanger these children by luring them into untold danger? Clearly the ends will justify the means for the progressives if it results in an immigration (read: amnesty) bill that can pass with bipartisan support. 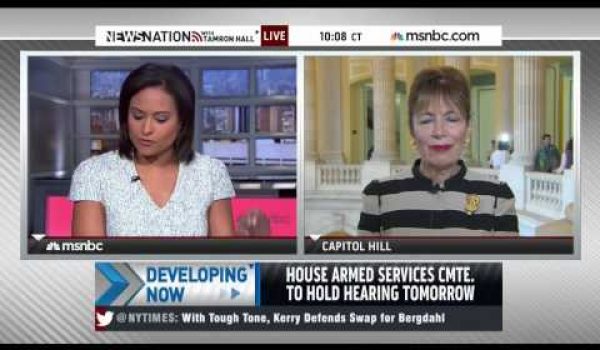