Black mob violence is now being directed at the most helpless of God’s creatures. NorthJersey.com reports:

As many as six boys allegedly cornered [a] gray-and-white male cat in an alley near School 4 on May 7, and pelted him with stones and chunks of concrete, according to two boys who said they intervened to stop the attack. Renee Olah, an animal rescue worker, later took in the badly injured cat, who came to be called Quattro.

Quattro’s injuries were so severe that he eventually became unresponsive and was euthanized.

Now members of the predominantly black community are upset that local animal lovers are demanding that the children responsible face criminal charges.

In the days after the attack, Olah, started “Justice for Quattro,” a Facebook group that has supported animal cruelty charges prosecutors filed against three boys, ages 6, 10 and 12. The group organized [a candlelit] vigil and has helped raise more than $7,000 for the family of Quattro’s rescuers.

Black community members boycotted the vigil, which was last week, holding up signs reading “Go the hell home.” Since then, a local prosecutor and the NAACP have become embroiled in the skirmish:

A throng of Paterson officials and the city chapter of the NAACP are calling for the Passaic County Prosecutor’s Office to drop the criminal case, and repeated that message with vigor in their protest of the vigil. A group that rivaled the size of the animal advocates said prayers, sang gospel music and argued against the “demonization and criminalization” of the cat’s abusers.

The Rev. Kenneth Clayton, president of the local NAACP, said that he did not want the incident to carry on with the children for the rest of their lives in the form of a criminal record.

“To bring three young men, to put them on the juvenile system track at this point in their lives, can be damaging and hurtful to them,” he said. “There’s no outlet, no way to get out.”

The actions of the children represent one third of a famous triad: Bed wetting, fire starting, and cruelty to animals. All are signs of a developing sociopath.

Cartoon of the Day: ‘No man left behind’
Next Post
Video: Hillary can’t name single achievement during State Dept. tenure 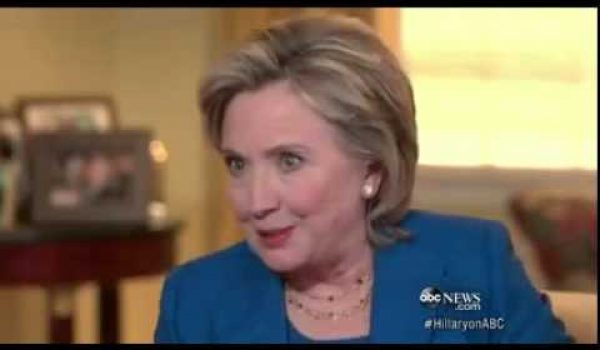