The major difference is that establishment politicians such as Cochran are big spenders while Tea Party backed candidates don’t see the government as a bank for the big business special interest lobby.

Tim Carney of The Washington Examiner recently wrote about Cochran’s big spending ways and why he is backed by the U.S. Chamber of Commerce and K Street lobbyists including super lobbyist Haley Barbour.

Back before Republicans banned earmarks, Cochran was also the top porker of the U.S. Senate. In 2009, Taxpayers for Common Sense reported that Cochran led the league in both earmarks requested (103 requests worth $775 million) and earmarks secured (48 earmarks worth $216 million).

According to Citizens Against Government Waste, Cochran was the top requester in 2008, 2009, and 2010 – you can think of this as the period between the indictment of former top GOP appropriator Ted Stevens and the Tea Party-inspired GOP ban on earmarks after the 2010 election. In his three-year reign of pork, Cochran requested a billion in earmarks, according to CAGW.

And here is the connection between Cochran and K Street lobbyists:

Cochran has raised more than $100,000 from D.C.-based lobbyists, according to my analysis. Just over half of that money comes from lobbyists who report working on appropriations and budget matters.

Three lobbyists from Baker Donelson and Cassidy & Associations – two firms that work on appropriations – have made contributions to Cochran. And Cornerstone, the appropriations lobbying giant, has three Cochran donors as lobbyists.

And of course there’s Haley Barbour. The former governor of Mississippi and former Republican National Committee chairman is an old friend of Cochran and a Cochran donor. He’s also an appropriations lobbyist at the firm he founded, Barbour Griffith and Rogers.

Barbour’s clients include local governments, universities, and aerospace companies. “Senator Cochran is able to get things done in Washington that wouldn’t get done otherwise,” Barbour told Bloomberg News a few months ago.

Carney points out that Cochran defended earmarks earlier this year and that if he does not make it back to the Senate, that would be bad news for the big business lobby.

Earlier this year, my Breitbart commentary on the U.S. Chamber of Commerce support of the Republican establishment concluded:

The fight ahead for small-government conservatives can’t be won simply by defeating progressive Democrats. To beat the special interests in Washington and advance responsible economic policy, the freedom movement will have to take on the entrenched Republican establishment and bipartisan special interest groups like the U.S. Chamber of Commerce as well.

Tackling big spending Republicans is a necessary step to achieving limited government and this is why the runoff between Cochran and McDaniel is so important to the freedom movement. 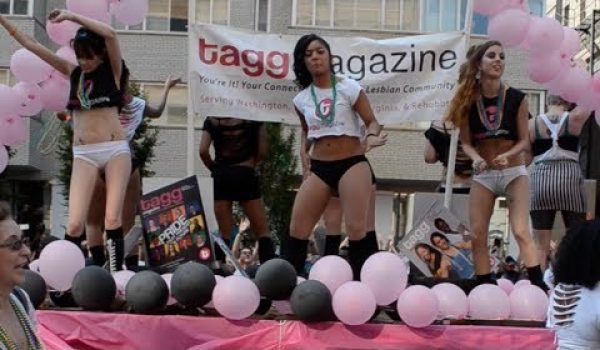