Secretary of Defense Chuck Hagel was visiting troops at Bagram Airfield in Afghanistan and announced to the troops on hand that “this is a happy day” because of Bowe Bergdahl’s release.  The troops responded with deafening silence.

Questions persisted, too, about the circumstances of Bergdahl’s 2009 capture. Defense Secretary Chuck Hagel declined to comment on earlier reports that the sergeant had walked away from his unit, disillusioned with the war. Such matters “will be dealt with later,” Hagel said.

… It was unclear whether the absence of cheers and applause came from a reluctance to display emotion in front of the Pentagon chief or from any doubts among the troops about Bergdahl.

Watch the video below, with the announcement of Bergdahl’s release coming at the two-minute mark:

When Hagel is announced as the speaker, the troops respond with hearty applause, making it unlikely that the group was unwilling to applaud in front of the Pentagon chief, as the CBS report suggests.

Further adding to that analysis is the fact that a few cheers can be heard in the background when Hagel reminds the troops of how proud he is for having served in the Army.

Hagel took the microphone and greeted the troops, acknowledging that Obama had made an unannounced visit to the base over Memorial Day weekend with superstar country singer Brad Paisley, who played a surprise concert for the troops.

“Nothing makes me more proud than to say I served in uniform and served in the United States Army,” Hagel told them, over some cheers in the background. “I’m proud of that and I want you to know it, and I’m proud of you all.”

Hagel immediately followed that statement with the announcement of Bergdahl’s release. 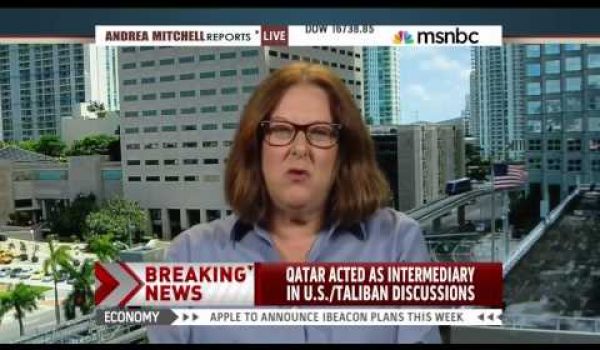