I’ll give you a hint. He’s a white male. That much is clear from the accompanying photo. He considers himself ideologically neutral, though at one time he was a registered Republican.

You’re probably saying to yourself, “So far, he doesn’t sound like that unlikely speaker to express those views.” So I will tell you his name: Michael Bloomberg.

Yes, that’s the Michael Bloomberg — former mayor of New York. Bloomie gave the commencement address at Harvard, a liberal bastion not unlike the one he presided over for three terms. Yet, what he said to the class of ’14 doubtless surprised many in attendance.

He tore liberal academia a new one for its “intolerance of ideas” and “censorship of opposing viewpoints.” He even compared today’s campuses to McCarthy’s Red Scare.

“It is just a modern form of McCarthyism,” Bloomberg said of university “censorship” of conservatives. “Think about the irony: In the 1950s, the right wing was attempting to repress left wing ideas. Today, on many college campuses, it is liberals trying to repress conservative ideas even as conservative faculty members are at risk of becoming an endangered species”

Bloomberg then went on to call out the entire Ivy League, saying that during the 2012 presidential campaign, “96% of all campaign contributions from Ivy League faculty and employees went to Barack Obama.”

“There was more disagreement among the old Soviet politburo.”

He cited multiple examples of liberal intolerance in campus, including former NYPD Commissioner Ray Kelly who had his speech canceled when Brown University students shouted him down over opposition to his stop-and-frisk policy, Christine Lagarde, who was denied the podium at Smith College after students signed a petition forcing her to withdraw, and most recently, Condoleezza Rice, a black female who could not be tolerated on the campus of Rutgers University.

Meanwhile, another Ivy League school, Columbia University, has in its employ a Professor named Kathy Boudin, a former member of a domestic terrorist group, convicted murderer, and, get this … somebody who once tried to blow up Columbia University’s Library.

Bloomberg was on hand to accept an honorary degree from Harvard, along with music icon Aretha Franklin and former President George H. W. Bush. He urged liberal college students and faculty to avoid sinking into the “tyrannical tendencies of monarchs, mobs and majorities.” 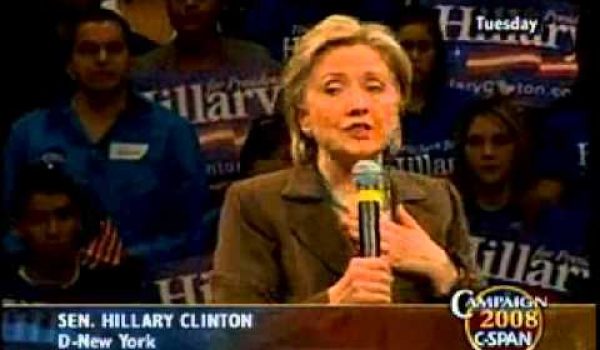