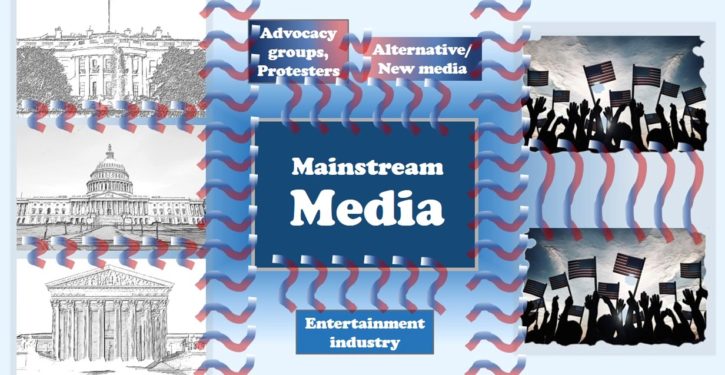 Every conservative should consider the profound and possibly awful observation made last month by the New York Times’ Josh Barro:

The rush to stand with Mr. Bundy against the Bureau of Land Management is the latest incarnation of conservative antigovernment messaging. And nonwhites are not interested, because a gut-level aversion to the government is almost exclusively a white phenomenon. [Emphasis added]

If there were validity to Barro’s observation, then any anti-government political philosophy (that wished to survive) would seek to reduce immigration.

After all, America is rapidly importing economically poor, poorly educated, low-skilled immigrants. Those immigrants generate racial inequalities, and inequality is then used in attempt to foster shame and guilt among the majority. A constant influx of the “disadvantaged” guarantees a racialized political system and the growth of a Leviathan welfare state.

How can we verify that “a gut-level aversion to the government is almost exclusively a white phenomenon”? For starters, we could look to numerous polls and opinion surveys, which are a better indication of Latino opinion that any self-serving GOP talking points.

Among Asians (the second-largest group of immigrants today) the result was 55% favoring big government to 36% favoring smaller. In response to a similar question in 2002, far fewer Hispanics (55%) preferred bigger government; the trends are unfavorable for advocates of limited government.

The Forgotten Majority versus the “Disadvantaged”

As it turns out, the victimist mentality and historical grievances don’t foster free-market enthusiasm or government restraint. Fifty-five percent of Hispanics have a “negative” view of the term “capitalism,” which is even worse than the 47% of self-identified “Liberal Democrats” who bristle at the term, according to a 2011 Pew poll. These preferences unfortunately make complete sense, given what we know about the life circumstances of immigrant groups.

According to Census data, 43% of immigrants who have been in the U.S. for more than 20 years are using welfare benefits. Fifty-seven percent of households headed by Mexican immigrants are on some form of welfare, compared with 6% of immigrants from the United Kingdom.

Sociologists Edward Telles and Vilma Ortiz, authors of “Generations of Exclusion,” insist that Mexican-Americans have accomplished “little assimilation” with regard to education and socio-economic status, but that’s because they’re “[n]ot fully allowed to incorporate into American society.” When that view is taught to vulnerable, frustrated, or “disadvantaged” people, we can expect bitterness.

There will be more bitterness and blame to go around if we continue the influx of the “disadvantaged,” given that newly arrived immigrants will remain poorly educated. Recently arrived young Latino immigrants are half as likely (29%) to express desire to get a college degree as are native-born young Latinos (60%), reports Pew Research’s Hispanic Trend Project.

The Pew report also offered the following insight into some crucial viewpoints:

Latino adults (ages 26 and older) see a mix of reasons that Latinos students do not perform as well as other groups in school:

Current immigration policy guarantees a steady resupply of the behavior and attitudes described above.

Some Republicans believe that Hispanics will support the GOP on the basis of social issues. Yet the majority of Latinos support gay marriage. Most importantly, Hispanics have a 53% out-of-wedlock birth rate, which is twice the white rate (see graph below). This does not bode well for the ideology of limited government and personal responsibility.

So that’s a snapshot of polling on Hispanic views of the American social order and race relations, from the group that supposedly “should be a natural Republican constituency.” Unsurprisingly, inequality, welfare dependency, and racial resentment — the status quo under multiculturalism — do not transform people into conservatives.

Justice Sonia Sotomayor’s dissent in the recent Michigan affirmative action case deserves close attention from anyone curious about America’s future. She believes that the states that ban affirmative action, and the public supporting those bans, are the modern manifestation of Jim Crow. As she wrote in her dissent, banning affirmative action changes the rules “to the disadvantage of minority members of our society.” If, one day, the child of a Latina high court justice gets a racial preference in college admissions over the daughter of a white waitress, we should consider that a small atonement for America’s past sins. Undeniably, affirmative action often benefits affluent minorities, or minorities whose parents never experienced discrimination in America.

By Sotomayor’s logic, if you believe in something as fundamental as colorblind justice, you are on the side of discrimination. Her view, as repugnant as it is, may be far closer to mainstream Latino opinion than some conservatives choose to admit.

From the standpoint of left-wing, racialized politics, this “last chapter of discrimination,” will never end. It will remain until every racial group has identical test scores, has the same income, and subjectively feels that its members’ opportunities are equal to some statistical mean – the leftist’s rapture.

Low-income, poorly educated immigrants will strain government budgets and intensify social problems, such as poor school performance. New arrivals feel no need or desire to assimilate, and later generations are using welfare to a staggering degree. Now, and for the foreseeable future, this will all be blamed on America; it will be said that we are just too heartless and stingy to solve the problems of the “disadvantaged.”

Here’s the perspective of a Los Angeles university provost, who predicts this “crisis”:

Ultimately we will face a crisis where a majority of the U.S. population will be economically disadvantaged, which will reduce their spending power and contribution to taxes and Social Security, impacting all segments of society and our country’s economic health.

When that “crisis” comes about, who will be voting for the Republican Party? If racial inequalities are our endless shame, then how do we make amends? Some Republicans think the best approach is to admit immigrants who will complain about inequality. As pro-amnesty Republicans deceive themselves, demographic changes will not favor their party. The Washington Post recently reported (gloated?):

[I]f the significant share of Hispanic non-citizens gain a path to citizenship and actually start voting, the electoral map could change much more quickly than what the slowing changing demographics of the country suggest.

It shouldn’t even need to be pointed out that we are bringing the “crisis” described above upon ourselves. We import poorly educated, low-skilled minorities who predictably have unequal educational and occupational outcomes. Then we trash our own country’s reputation for failing to provide equal opportunity. Forget any suggestion that attitudes, habits, consciously chosen lifestyles, established cultures, or language preferences are behind these inequalities. The New American Creed is that inequalities are America’s fault.

If you don’t care now, you will be made to care, or else just made to shut up and pay. Either way, the American majority will bear the elite-imposed costs of racial inequality, with affirmative action being the most offensive.

To those who are drawn to the “nation of immigrants” mythos, I would simply suggest that what was good for the past may not be good for the future. Our country has a choice: limit immigration and slowly grapple with the monumental challenges we already face, or pass amnesty and recklessly hasten America’s “transformation into two peoples with two cultures,” as Samuel Huntington warned. 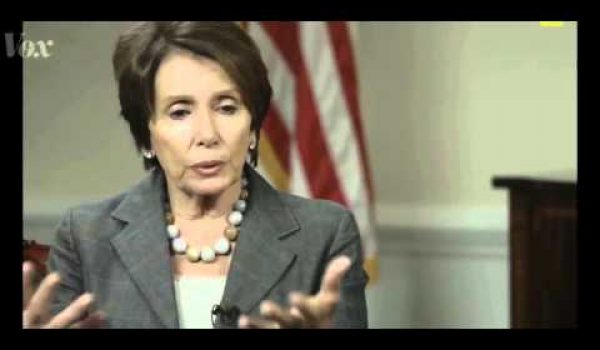