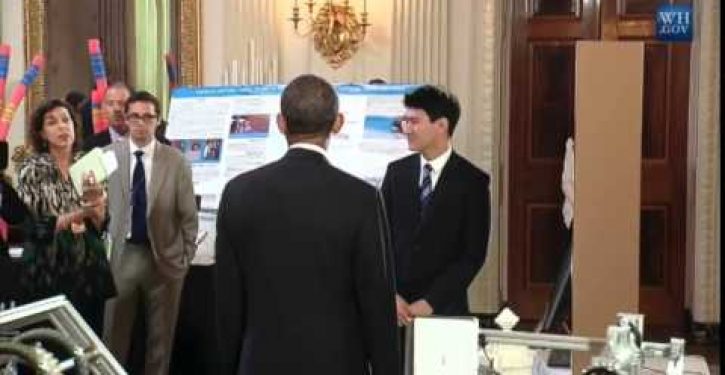 Now, that’s the authority of Authority.  Breitbart caught this one, and has it wrapped up in a nice package (although, as the author highlights in a correction, the offending reporter was asking not about the decision to leave 9,800 U.S. soldiers in Afghanistan, but the reported plan to send U.S. military advisors to Syria).

If you love to see Obama tell the media to stifle it, this is your video clip.  If you have visions of what MSNBC hosts would do with the same response from a Republican president (work themselves into repeated strokes?), well, it may be your clip too.

In any case, it’s only 10 seconds long, so it won’t put a big dent in your day.  Enjoy the interplay of the Most Transparent President Ever and the Media that Speaks Truth to Power.