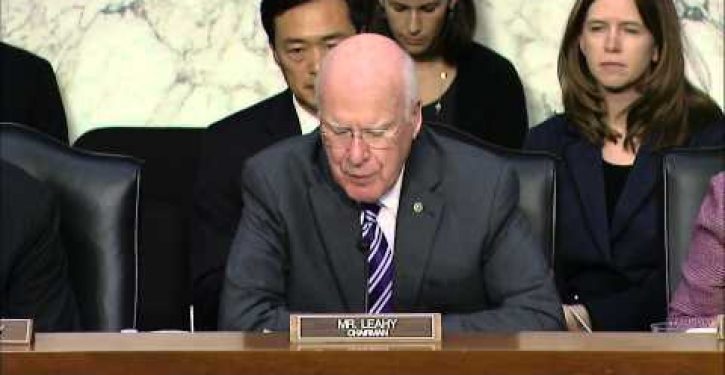 Glenn Greenwald, the journalist who broke the story of NSA whistle-blower Edward Snowden, is set to publish a list of names of individuals targeted by the United States government for surveillance on his website, the Intercept.

After the NSA spy program was exposed almost a year ago, many government officials scrambled to justify the domestic surveillance program by saying that collecting the personal data of all Americans is pivotal for disrupting and thwarting terror attacks.

NBC News reported that now-retired head of the NSA General Keith Alexander said the domestic spying “enabled the United States to disrupt 54 ‘events,’ 42 of which ‘involved disrupted plots.'” House Intelligence Committee Chairman Mike Rogers also cited the “54” figure, saying that it is “a pretty impressive record” and the program is a “real success.”

But the number turned out to be completely bogus, as retired Deputy Director of the National Security Agency John Inglis [pictured] testified that “at most, one” terror attack had been thwarted.

The relevant portion Inglis’ testimony can be found here, starting at 4:10.

When the story broke in June 2013, retired Director of National Intelligence James Clapper was forced to backpedal on comments he made to Sen. Ron Wyden during a Senate Intelligence Committee hearing that the NSA does not collect data on millions of Americans. Clapper told NBC’s Andrea Mitchell that he gave Wyden the ‘least untruthful‘ answer.

As President Obama declared in 2007 referring to the Bush Administration,

“This administration also puts forward a false choice between the liberties we cherish and the security we demand. I will provide our intelligence and law-enforcement agencies with the tools they need to track and take out the terrorists without undermining our Constitution and our freedom.”

“…The separation of powers works. Our Constitution works…This Administration [referring to George W. Bush] acts like violating civil liberties is the way to enhance our security. It is not.”

In the wake of the NSA scandal, President Obama changed his tune quite a bit by saying in part,

So who will be on Glenn Greenwald’s list? Surely only people connected to potential terror attacks, right?