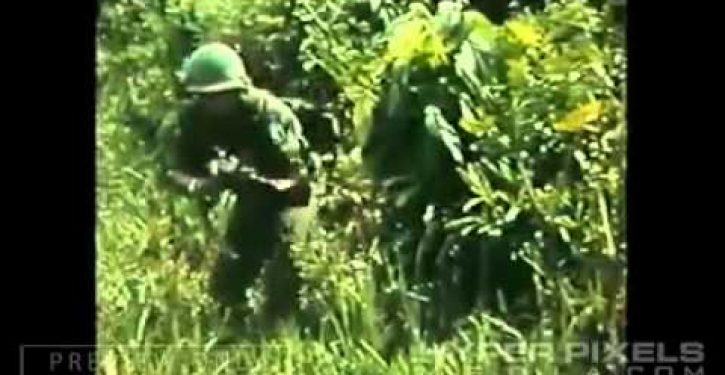 “Those who say we’re in a time when there are no heroes — they just don’t know where to look,” he said.

“The sloping hills of Arlington National Cemetery, with its row upon row of simple white markers bearing crosses or Stars of David, they add up to only a tiny fraction of the price that has been paid for our freedom.”

Reagan referred to those “simple white markers” as monuments to America’s everyday heroes.

After listing some of the many places Americans have lost their lives in defense of freedom, he gave special recognition to one hero — Martin Treptow — who made the ultimate sacrifice almost 100 years ago in World War I.

On the flyleaf of Treptow’s diary was written a sentiment held by many American service members before and after his death — though perhaps not written quite as eloquently.

His inscription said under the heading, “My pledge”:

America must win this war. Therefore I will work, I will save, I will sacrifice, I will endure. I Will fight cheerfully and do my utmost as if the issue of the whole struggle depended on me alone.

Reagan went on to acknowledge that the most formidable weapon in America’s arsenal is “the will and moral courage of free men and women.”

Although we, as Americans, will negotiate and sacrifice for peace, “We will not surrender for it now or ever,” he said. “We are Americans.”

Watch his remarks below.