What was that President Obama was saying about honoring a “sacred trust” with our veterans? One of them, 89-year-old World War II Navy veteran Joseph Teson came under heavy enemy fire aboard a landing craft on D-Day. And how is the government repaying his valor. By cutting his veteran benefits from $300 a month to $6.

According to Albany NBC affiliate WNYT (via Fox News), the decrease is to offset a past overpayment. No one would quibble with the need to correct clerical error, but by slashing the man’s monthly benefit to one-fiftieth of the previous amount?

Teson told reporters that in June 2013 he was notified by mail that the Department of Veterans Affairs had recomputed his “entitlement to compensation and pension benefits,” explaining:

Since you are currently receiving VA benefits, we plan to withhold those benefits until the amount you were overpaid is recouped.

Teson’s daughter called the toll-free number listed on the letter but maintains that no one at the VA was able to explain how — or for how long — the overpayment occurred. Her father, she adds, never noticed it.

“They’re taking money from my father,” said Teson’s son, Michael. “He fought in the war for it. They’re giving him $6 per month. He can’t live on that.”

Meagan Lutz, a spokeswoman with the VA, told the station:

We are presently looking into the specifics of Mr. Teson’s case and will be reaching out to him to clarify the details of his changes in benefits.

Lutz said she is not aware of any widespread system error that would have caused a change in Teson’s benefits.

Teson, meanwhile, is selling his coin collection to make ends meet.”What can I do?” he asked, referencing the VA. “They’re bigger than me, so I’ve got to go along with them.”

You hear that, Mr. President? 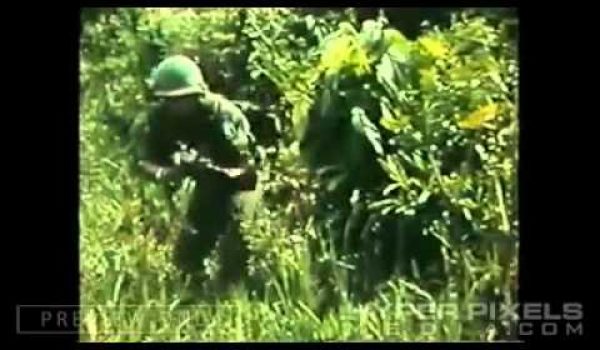