In 2009, the Environmental Protection Agency determined that greenhouse gases, including carbon dioxide, were harmful to public health and has since embarked on a campaign to lower greenhouse gas emissions.

But research from a government accountability nonprofit shows that the scientific underpinnings of the EPA’s greenhouse gas “Endangerment Finding” were not properly peer-reviewed as mandated by federal law.

The Institute for Trade, Standards and Sustainable Development (ITSSD) found that the EPA’s peer-review process for their 2009 Endangerment Finding was “compromised,” as the agency relied on science that was peer-reviewed by the very scientists who helped write develop it — a huge conflict of interest.

Only four of these climate assessments had been developed by the EPA themselves, while 16 had been developed by the National Oceanic and Atmospheric Administration (NOAA). Eight of the 28 climate assessments the EPA relied on had come from the UN’s the Intergovernmental Panel on Climate Change (IPCC), the nonprofit National Research Council of the National Academies of Science (NRC) and the regional Arctic Council.

The IQA requires the EPA to make sure these 28 climate assessments underpinning their 2009 Endangerment Finding were rigorously peer-reviewed since it was being used to justify far-reaching regulations — but this did not happen, according to ITSSD.

The group said in a statement:

ITSSD research also reveals that, on six separate occasions, university-affiliated scientists had also played a key role in NRC… peer reviews of the same climate assessments that such… NOAA-employed and -funded scientists had developed.

And, on several occasions, without explanation, NRC … had repeatedly used the same reviewer(s) in multiple assessments.

In 2006, twelve states and several cities sued the EPA, seeking a court order to force them to regulate greenhouse gas emissions — on which the Bush administration was dragging its feet. The Clean Air Act requires the EPA to regulate “any air pollutant” that can “reasonably be anticipated to endanger public health or welfare.”

These long-overdue findings cement 2009’s place in history as the year when the United States Government began addressing the challenge of greenhouse-gas pollution and seizing the opportunity of clean-energy reform. This continues our work towards clean energy reform that will cut GHGs and reduce the dependence on foreign oil that threatens our national security and our economy.

But ITSSD’s research raises serious concerns about the integrity of the science the EPA used to underpin its justification for regulating greenhouse gases. The group is currently seeking records from the EPA and NOAA to further substantiate their investigation into the both agencies’ peer review processes, but they have so far been rebuffed.

The IQA and related [Office of Management and Budget] guidelines provide the public with a powerful tool to ensure regulatory transparency and government accountability, which helps to maintain regulatory predictability and to reduce market uncertainty.

Government transparency and accountability and regulatory predictability are indispensable in the current postmodern era where the administrative state is rapidly expanding at the national and international levels, and the pursuit of international regulatory cooperation/harmonization has been highlighted as a key administration trade and foreign policy objective.

Cartoon of the Day: Barack Obama doll — wind it up and it feigns anger
Next Post
Video: Albuquerque VA assigned patients to doctors no longer on staff 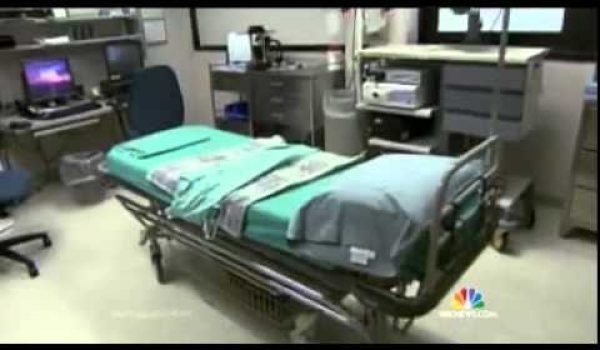