The president has spoken — at last. Following calls from lawmakers on both sides of the aisle for him to speak up, Barack Obama finally held a press conference this morning, during which he acknowledged that there are problems within the Veterans Administration and pledged to do something about them … as soon as the investigations are concluded.

This tack is similar to the one he has taken with respect to the other scandals plaguing his administration — at least those he is willing to acknowledge are scandals — except this time there are differences. It is useful, therefore, to arrange in a timeline what Obama knew about the VA’s problems and when he knew it, as well as what he didn’t know but should have.

Nov. 12, 2007: Then-Senator Obama announced the formation of a National Veterans Advisory Committee comprised of vets from World War II, Korea, Vietnam, Iraq, and “current conflicts” to advise him “on issues related to the challenges facing troops and veterans.” Obama commiserated:

After seven years of an Administration that has stretched our military to the breaking point, ignored deplorable conditions at some VA hospitals, and neglected the planning and preparation necessary to care for our returning heroes, America’s veterans deserve a President who will fight for them not just when it’s easy or convenient, but every hour of every day for the next four years.

November 2008: As the Washington Times noted on Monday, “Veterans Affairs officials warned the Obama-Biden transition team in the weeks after the 2008 presidential election that the department shouldn’t trust the wait times that its facilities were reporting.”

January 2009: Obama assumes the presidency. Approximately 390,000 outstanding claims are carried forward from the Bush Administration. VA statistics at the end of the fiscal year in 2012 will reveal that the number of outstanding claims remaining to be processed has grown to 883,949.

March 19, 2009: Obama announces his “grand plan” to improve the VA. He delivers an impassioned speech noting a “sacred trust with those who wear the uniform of the United States of America.”

Apr. 26, 2010: A memo written by a deputy under secretary for health at the Department of Veterans Affairs flags a host of tactics that were used to misrepresent when and how VA patients were being seen. The memo refers to inappropriate scheduling practices, which are sometimes referred to as “gaming strategies.”

Apr. 30, 2014: CNN breaks the story that at least 40 veterans died waiting for appointments at the Phoenix Veterans Affairs Health Care system, many of whom were placed on a secret waiting list, adding:

The secret list was part of an elaborate scheme designed by Veterans Affairs managers in Phoenix who were trying to hide that 1,400 to 1,600 sick veterans were forced to wait months to see a doctor, according to a recently retired top VA doctor and several high-level sources.

May 14, 2014: Attorney General Eric Holder announces that the Justice Department has no plans to investigate VA book-cooking, noting, “This is something on our radar screen at this point, but there is an investigation being done by the [VA] inspector general, and we’ll see what happens as a result of that inquiry and other information that comes to light in some form or fashion.”

May 20, 2014: White House Press Secretary Jay Carney tells the press pool that the president learned about the growing scandal at the Veterans Administration by watching a report on the topic on television.

To summarize, Obama was openly critical of his predecessor in the Oval Office for his indifferent attention to the Veterans Administration and the hospitals it runs. He promised if elected to do better. He learned during his transition into the White House that there were delays in scheduling, which despite his pledge more than doubled on his watch. In April of this year, the stuff really hit the fan when a new network reported that dozens of veterans had died waiting for appointments, on top of which the records were fudged. Yesterday, the White House Press Secretary reported that this scandal is news to the president, who — despite his emotional pledge to veterans in March 2009 to fix the problems plaguing the VA — just learned about the scandal by watching TV.

Charles Krauthammer has asked how Obama can be so surprised by events so often, adding, “It’s if he wandered into the White House on a tour and discovered he’s president.” 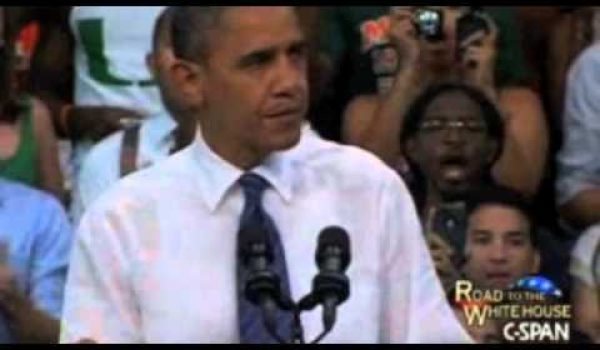