Nearly half a billion dollars in federal money has been spent developing four state Obamacare exchanges that are now in shambles — and the final price tag for salvaging them may go sharply higher.

Each of the states — Massachusetts, Oregon, Nevada and Maryland — embraced Obamacare, and each underperformed. All have come under scathing criticism and now face months of uncertainty as they rush to rebuild their systems or transition to the federal exchange.

The federal government is caught between writing still more exorbitant checks to give them a second chance at creating viable exchanges of their own or, for a lesser although not inexpensive sum, adding still more states to HealthCare.gov. . .The $474 million spent by these four states includes the cost that officials have publicly detailed to date. It climbs further if states like Minnesota and Hawaii, which have suffered similarly dysfunctional exchanges, are added.

CNS News and St. Louis’s KMOV TV station described how Obamacare is paying for the hiring of hundreds of employees to do nothing for weeks on end in largely-useless application-processing centers (such as processing virtually non-existent types of paper applications).

Tom Blumer of the Media Research Center wrote that the federal “government is paying private contractor Serco $1.2 billion over five years — and likely more, as will be seen later — to process paper Obamacare applications. In turn, according to a report by television station KMOV, Serco has hired and continues to pay a reported 1,800 workers who have virtually no work to do. . .The KMOV report indicates that the company is still hiring.” Based on the KMOV report and quotes from employees (one was quoted as saying that “Serco, as a contractor, gets paid for the number of people that they employ. So they want us there even if we’re not doing anything”), Blumer suspects “that Serco is in a ‘cost-plus’ contract with the government which guarantees a specific profit margin above costs incurred. If so, the more taxpayer money Serco wastes by paying employees to do nothing, the higher its profit” (even though cost-plus contracts are generally “illegal in federal contracting”).

When Obamacare operatives aren’t busy . . . squandering billions on useless technology, they’re busy … being idle. . . employees at an application-processing center in Wentzville, Mo., are getting paid to sit around and do nothing. Investigative reporter Chris Nagus of the St. Louis television station KMOV News 4 spoke to the whistleblower. “They want to hire more people even though we still don’t have work to keep the people that we have busy,” the worker revealed. “There are some weeks that a data entry person would not process an application.” The worker — or rather, shirker — also spilled the beans on how his colleagues are “told to sit at their computers and hit the refresh button every 10 minutes.” Another former worker at the processing facility added that the company “is a JOKE! There is nothing to do — NO WORK.”

You will not be surprised to learn that the company in charge of these Obamacare layabouts is embroiled in scandal — around the world, no less. Multinational tech management company Serco won a $1.2 billion contract with the federal Center for Medicare and Medicaid last summer to “support” the beleaguered Obamacare health care exchanges. (According to the latest estimates, nearly half a billion dollars in taxpayer subsidies have now been squandered on inoperable or defunct health care exchanges in Massachusetts, Oregon, Nevada and Maryland.) In addition to the office in Missouri, Serco oversees Obamacare processing centers in Rogers, Ark., Lawton, Okla., and London, Ken., which are projected to “employ” up to 10,000 people.

The see-no-incompetence Obama administration, for its part, has no worries, as usual. “Serco is a highly skilled company that has a proven track record in providing cost-effective services to numerous other federal agencies,” Medicare spokesman Brian Cook said . . .Serco is just the latest in a parade of shady federal health care contractors — from fraud-riddled Seedco to feckless CGI Federal — who are ripping off American taxpayers.

Obamacare has substantially increased costs for both taxpayers and patients. Investor’s Business Daily earlier chronicled the high cost of getting Obamacare up and running, noting that even before recent cost increases, “ObamaCare’s startup cost [was] at least $6.7 billion. Even if every one of the 8 million enrollees pays their premiums all year, the cost is more than $837 per sign-up. And if recent surveys are correct that just a third of enrollees previously lacked coverage, ObamaCare will have cost $2,500 for each newly insured person.” As a Fox News article observed, that didn’t “even count the double-digit increases in health insurance policies fueled by Obamacare’s cornucopia of benefit mandates.”

A Bloomberg News article says that Obamacare has already made health-care costs soar: “Spending grew 9.9 percent in the first quarter, the highest rate in decades. That follows a 5.6 percent increase at the end of last year. The big increase was driven by the Affordable Care Act’s’s coverage expansion. Expect to see robust growth again next quarter.” Insurance premiums are rising due to the Affordable Care Act.

New taxes add to the burden. Obamacare contained at least seven tax increases on people making less than $250,000 a year, as well as a $63 per insured person fee imposed by HHS starting in 2014.

Obamacare will also increase the federal budget deficit by reducing government income-tax and social-security tax revenue. It will do so by reducing employment by about two million people, according to a Congressional Budget Office estimate. Fewer workers mean less tax revenue both from income taxes and payroll taxes that fund Social Security and Medicare. Similarly, Bank of America analysts concluded that the healthcare law will “bump up the annual budget deficit” since its “funding assumptions are unrealistic.” 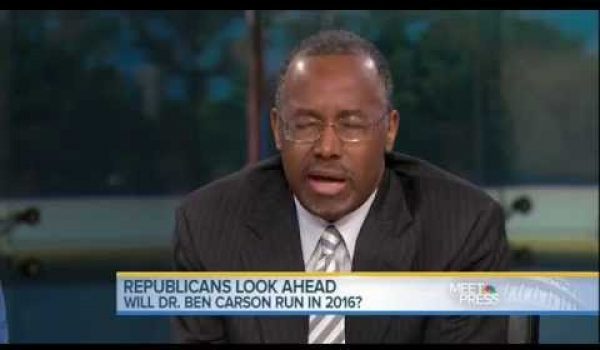