In 2002, New Jersey passed legislation requiring that all firearm sales in the state consist only of so-called “smart guns” within three years of the technology being commercially available anywhere in the United States. The trigger for this action is determined by the state Attorney General once “a smart gun prototype is safe and commercially available.” Up until now, there has been no “smart gun” product available as the market for such a device is often met with great opposition from gun rights supporters due to fears of regulation and laws specifically like that in New Jersey which would mandate only the sale of weapons the state designates as “smart.” If you’re unfamiliar with the technology, “smart guns” would contain mechanisms such as a fingerprint scanner or be tied to some device like a wristwatch which would need to be in close proximity for the weapon to fire. In theory, it sounds fine for consumption on the free market. If you like your “dumb gun,” you can keep your “dumb gun,” right? Wrong.

With reports of the Armatix iP1 pistol potentially going on sale in California and Maryland, the Brady Campaign, a nationally known anti-gun organization, has taken notice filing a lawsuit against the state of New Jersey accusing the state of ignoring its own law.

According to a 2002 law, if the state finds that “smart” guns are available on the market, a three-year timeframe begins before the technology would be required for all handguns sold in the state.

No such report has been issued since 2003 but the first guns that can identify their owner and fire only when that individual pulls the trigger have started to hit the market.

“As far as we are aware, the acting Attorney General has not complied with the requirements of the New Jersey Personalized Handgun Law,” said Gregory Little, counsel to the Brady Campaign, the gun control group that filed the lawsuit in state Superior Court last week.

There are several angles to this story, especially since New Jersey Gov. Chris Christie has aspirations heading into the 2016 presidential race. Christie has been mixed on the issue of gun rights, signing some gun control laws but vetoing others. If the Attorney General does consider the law to be triggered, would Gov. Christie attempt to mitigate the law in some form or seek extension or repeal of the bill? In New Jersey, the Attorney General is appointed by the Governor so the current officeholder, John Jay Hoffman, reports directly to Christie’s office.

The Washington Post also touched this story back in February noting that some in the state legislature have begun making similar inquiries as to whether the Attorney General is considering the sale of the Armatix iP1 in California as a trigger of the 2002 law.

So far, all remains quiet but you can sure bet that Gov. Christie is spending some serious hours considering how this will play out in court. If Christie’s lucky, he won’t have to act other than signing a bill repealing the law. The State Senate Majority Leader, Loretta Weinberg, a staunch gun control advocate, signaled she’s willing to support repeal if the National Rifle Association (NRA) is willing to back off opposition to “smart gun” technology. So far, the NRA has not backed down fearing that repeal is no guarantee other states won’t attempt similar measures or New Jersey won’t simply pass a similar law in the future.

Worth noting about the 2002 New Jersey law: Law enforcement firearms are exempt from the mandate should it ever go into affect for civilians. 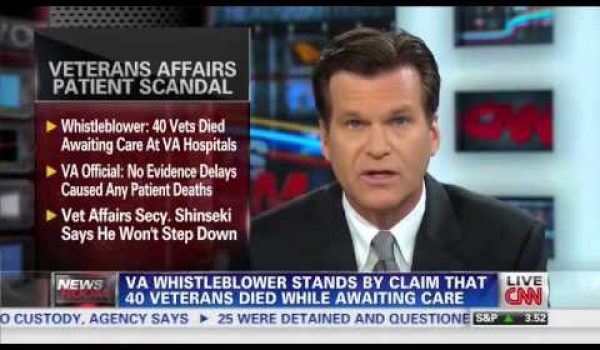 On VA scandal, Obama then and now: Empty promises vs. grim reality
Next Post
Obama knew of VA problems since 2008, of Boko Haram-al Qaeda link since 2011