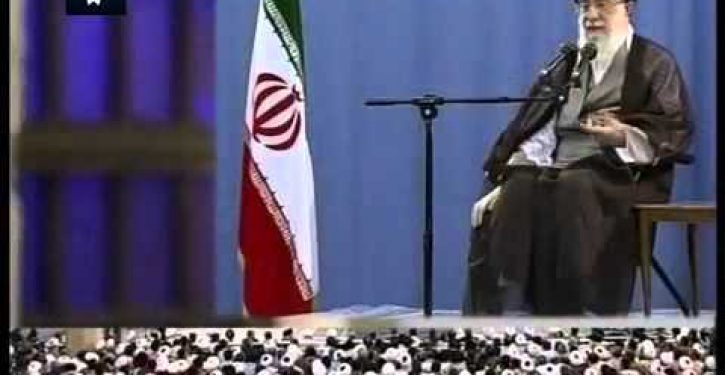 There are two layers to this question, which is popping up on TV screens this weekend.  One is the geopolitical layer; the other is the simple-tracing-of-facts layer.

Starting with the latter, Reuters reported in February that Iraq and Iran signed an arms deal in November of 2013, right after Nouri al-Maliki got home from a visit to Washington (during which he petitioned Obama for more arms to fight off the “ISIS” insurgency waging war across Syria and western Iraq).

The ISIS insurgency – “Islamic State of Iraq and al-Sham” – is often rendered “ISIL” in English, for Islamic State of Iraq and the Levant.  In either case, the territorial reference is to Iraq, Syria, Lebanon, and Israel.  The insurgents are Sunni jihadists, and their principal focus at the moment has been scoped by the Syrian civil war, in which they are fighting the Assad regime.  Most of the ISIS guerrillas come from abroad; a major contingent of them is from the Chechen Caucasus, where Islamist insurgents have waged a war against Russian rule for nearly a quarter century now.  (For more on all this, see the last link above to my January 2014 post.  The map shows the corridor between Syria and Baghdad where the ISIS insurgency has sought to plant roots.)

The bottom line is that ISIS is fighting to gain control of territory over which radical Iran wants control herself.  Iraq, under the current government, has no interest in wielding an outsize influence over her neighbors to the west; the priority in Baghdad is reestablishing control over Anbar Province.  But the larger aspirations of ISIS clash directly with those of the mullahs in Tehran.

Tehran is still arming Assad and still seeking to arm Hezbollah and Hamas, as evidenced by the attempt in March to ship advanced artillery rockets to one or the other, or both.  Besides the shadowy nature of the shipping route, a key feature of that attempt at arming the terrorists was that it combined arms stocks from both Iran and Syria.  That aspect of the transaction is informative on multiple levels.  At the most general level, it suggests how Iran sees Syria and the overall fight in the region: as an Iranian military and geopolitical campaign.

The mullahs don’t see themselves as narrowly locked in combat with a single opponent (ISIS).  They have a much broader strategic objective of maintaining decisive influence where they have had it, and gaining it where they don’t.  They want to turn the same territory that ISIS is after into a quiescent client-region.  Much of it had fallen to them already, at the onset of the Arab Spring in January 2011:  all of Syria, and the southern portion of Lebanon.

The Iranian leaders know they can’t just make abrupt moves against central Lebanon or Israel; their interim goal is to hold sway over vulnerable territories that border Beirut and Israel.  And that’s a hydra-headed problem.  Under today’s conditions, the Saudis would spearhead an Arab coalition to fight Iran for Lebanon – and for the West Bank, for that matter.  Cairo won’t stand by and let Iranian influence build up – or, more accurately, let it change course or take new initiatives – in Gaza.  Israel, of course, will defend her territory.

So Iran’s approach to Jerusalem – where the radical clerics quite literally expect to fight under the Mahdi’s banner (see here for more from Ayatollah Khamenei on the 12th Imam) – has to be incremental and cumulative.  Defeating the ISIS insurgency is a step along the way to consolidating an unresisting client corridor across the heart of the Middle East.

The ISIS guerrillas constitute an emerging operational problem for Iran, one that has arisen because of the Arab Spring and the Syrian civil war.  It’s part of the regional jockeying predicted in this series from 2009 (see here for an update in 2011).  The jockeying will intensify, and the alignment of Iraq is actually quite an important factor in the mix, one that can either slow Iran down significantly, or greatly accelerate the establishment of conditions friendly for her long-term goals.

Iran’s motivation to involve herself in the fight against ISIS is strong.  So is her motivation to make a de facto ally of Iraq.  Although the U.S. has provided Baghdad with some arms to combat ISIS, it would take a much greater level of commitment and involvement on our part to overcome the geopolitical forces that drive Baghdad and Tehran together in this instance.

The coming together is cause for alarm in Saudi Arabia and Jordan, and for speculation at the very least in Turkey, Russia, and the Gulf nations.  Al-Maliki’s affinity for Iran (he’s a Shia and a long-time friend of Iran) doesn’t mean that he wants to sit in Tehran’s pocket.  He will inevitably want to retain some level of independence – and there may be someone who wants badly enough to help him do that.  It’s a window of opportunity for, say, Russia, China, or even India, from their various strategic perspectives.  It’s not beyond the realm of possibility for France or Germany to get back into a bit of power-brokering, along this regional axis.

It’s an opportunity for the United States as well, but it’s clear we’re not going to take it.  The best thing we could possibly do is strengthen a loose coalition of regional pragmatists in defeating the threat posed by ISIS – and thereby sideline Iran.  Iraq, Syria, and Lebanon all have viable factions that would do their own work, and produce outcomes that were an improvement for their people and that we could live with, if we gave them active help and showed ourselves reliable.  No American boots on the ground would be necessary.  The whole point would be for the Iraqis to win their battle, and the Syrians theirs, and so forth.

To have that opportunity, what the local peoples need that only America can provide is protection from the interventions of Iran and Russia.  Some active shouldering of the two predators would be required.  But the best such protection is success for the alternative client model: the model of a nation doing its own security work with U.S. backing.

That’s what is missing in this situation.  And as long as it is, the arms trade between Iran and Iraq will do nothing but grow, and the State Department will vow every few months that it’s “looking into” this unacceptable development, which – all but irrelevantly – violates the UN sanctions on Iran. 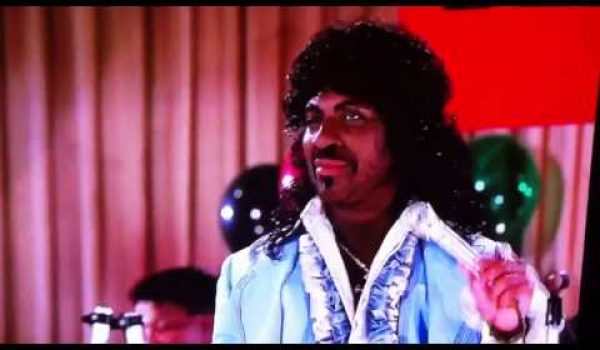