The culture of downward aspirations just won a small victory in its ongoing battle with decency and professionalism. In Broward County, Fla., the School Board has decided not to enact a parental dress code.

Board member Rosalind Osgood attracted national attention when she suggested that parents should abide by a school dress code when dropping off or picking up children.  Said Osgood:

This is about basic presentation — many parents pick their children up wearing curlers in their hair, sweatpants that fall down, and even pajamas. How can we teach our children to be serious about education if their parents don’t set the right tone?

Osgood is concerned that it’s hard to enforce a dress code for students when their parents are setting a bad example near school. “But we have dads showing up in sagging pants,” she said during a School Board meeting. “It’s hard for me to tell a child not to show up for school with hair curlers, pajamas or short shorts if they see parents wearing them. Parents need to lead by example.”

Was this a sad, symbolic proposal that would only paper over the underlying rot within the students’ (and by extension their families’) culture? Or was this a modest effort, understood to be limited in influence, to create a small counterbalance against the underlying culture?

By marking off a clear line where the school sets an expectation of maturity and professionalism from students and parents, parental dress codes might have had a modest impact on learning. We’ll never know, because the board has decided not to pursue the parental dress code.

Interestingly, Broward is the same school district where a fifth-grade boy named Giovanni Rubeo was told last week that he is not allowed to read the Bible during his free time. The boy’s teacher, Swornia Thomas, left the following voice message with Giovanni’s father:

Good morning, Mr. Rubeo, Giovanni called you because I asked him to. I noticed that he had a book, a religious book, in the classroom. He’s not permitted to read those books in my classroom. He said if I told him to put it away, you said not to do that. So please give me a call. I need to have some understanding on direction to him about the book he’s reading opposed to the curriculum for public school. Ms. S. Thomas. Thank you. Have a wonderful day. Bye, bye.

Thomas certainly wants “those books” out of her classroom. They might interfere with the secular good order and multicultural discipline that are supposed to reign in public schools. However, the Schools Superintendent made an apology for the incident, which he calls a misunderstanding of school policy. It seems that the boy was supposed to be able to read “those books” in his free time. Maybe it was a misunderstanding. Another way to look at things is that the teacher enforced the policy as she understood it, and as she wished it to be.

In the meantime, the school board overseeing this dismal procession actually had a good idea. Board member Rosalind Osgood suggested a modest parental dress code, to include “dressing as though you’re going to church, work, or dinner.”

That standard, sadly, may not have provided a familiar point of reference for many parents. Church attendance is not as high as it was in past generations, and it’s common in some churches for people to dress however they wish. Dressing up for dinner -much less a nice dinner- might not provide a frame of reference either.

Theodore Dalrymple, a prison psychiatrist, points out that “[m]eals in many households, especially those of the relatively poor, are no longer family or social occasions… Not coincidentally, these households were also the least likely to have what would once have been considered the normal family structure.” Dalrymple argues that eating habits are an early form of socialization, the lack of which can set harmful habits of selfishness and antisocial behavior. That gets us back to Broward County.

Even if the school board had succeeded in enacting a parental dress code, the benefits would have been modest early on. Supporters would probably be the first to acknowledge that students’ attitudes towards achievement are not going to be transformed overnight by a dress code alone. But in order to undo the harm created by downward aspirations, institutions like schools will need to create layer upon layer of competing pressures designed to move aspirations upward. Changes in dress code are not sufficient, but they are –in some settings- one of a multitude of necessary changes in attitude and habit. The same applies to parental dress codes.

Some will take it as a sign of cultural doom that school board members are resorting to quixotic efforts such as parental dress codes. After all, when parents can’t even bring themselves to dress in a decent manner, its highly unlikely that their children are going to develop opposite habits. I sympathize with those who worry that the cultural rot is too deep to cure. But having tutored at an inner city charter school that had a strict dress code (blazer and khakis), it seems evident to me that positive pressures can be introduced into the lives of young people, no matter what the circumstances. That’s what supporters of the parental dress code had in mind, but to no avail. Opponents upheld politically correct dogmas and preserved the new tradition of trashiness.

For instance, board member Frank Barbieri thinks that the “poor” would be unable to purchase clothes that comply with the proposed dress code: “I’m sure what would happen if we tried to put a policy in place was that poor parents wouldn’t come at all out of fear they were dressed inappropriately.”

Barbieri evidently thinks that, at a certain low-income level, relatively poor parents have an irrepressible impulse preventing them from buying decent clothes. The (supposed) reaction of poor parents being the ultimate guide to public policy, it stands to reason that the school’s standards should be dropped until the “poor” are completely comfortable with every decision made by the school board.

Barbieri’s patronizing nonsense was not all. If we could give an award for missing the point, board member Jennifer Prior Brown would win. Brown said the policy was unnecessary, claiming, “I’ve never heard that parental dress has interfered with teaching and learning.” Brown’s remark is half irrelevant and half foolish.

The parent dress code is not designed to change the mechanics of teaching, but the dress code could –indirectly and over time- influence learning. Totally lost in Brown’s remark is the fact that what happens in the home matters in the school. Brown missed the point that the students’ ethos is the key ingredient for what occurs in the classroom. In fact, for many young people, the predominant culture of the home directly determines how the student fares academically. To illustrate: the Los Angeles Times, in a remarkable public forum, gathered together Asian and Hispanic students to talk about the achievement gap. According to the L.A. Times, “the students agreed” that “Asian parents are more likely to pressure their children to excel academically.”

Students’ culture is decisive for educational outcomes, whether liberals choose to acknowledge that cause-and-effect relationship or not. By marking off a clear line where the school sets an expectation of maturity and professionalism for all involved, parental dress codes might have had a modest impact on learning.

The value of dress codes is not that they are instant solutions — they aren’t. Parental dress code proposals are in some ways an act of desperation, but that doesn’t make them impractical. For now, let us hope that public schools will trend more towards setting higher aspirations, and less towards banning the Bible. 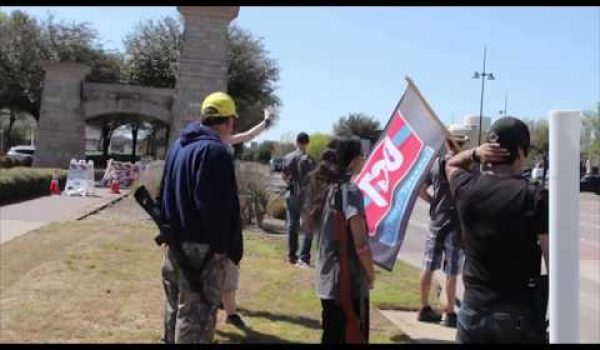 ‘Gun extremists target women’: Another psycho meme that will die with a whimper
Next Post
Dems mock another candidate, this one Iraq War veteran and paratrooper, call him ‘coward’